A Challenging Walk in the Park

You haven’t played KwaZulu-Natal coastal golf until you’ve toured Umdoni Park, a top 100 course. Perched, like a hidden secret, within an indigenous forest and overlooking the Indian Ocean, it is a fantastic challenge for golfers of all levels. 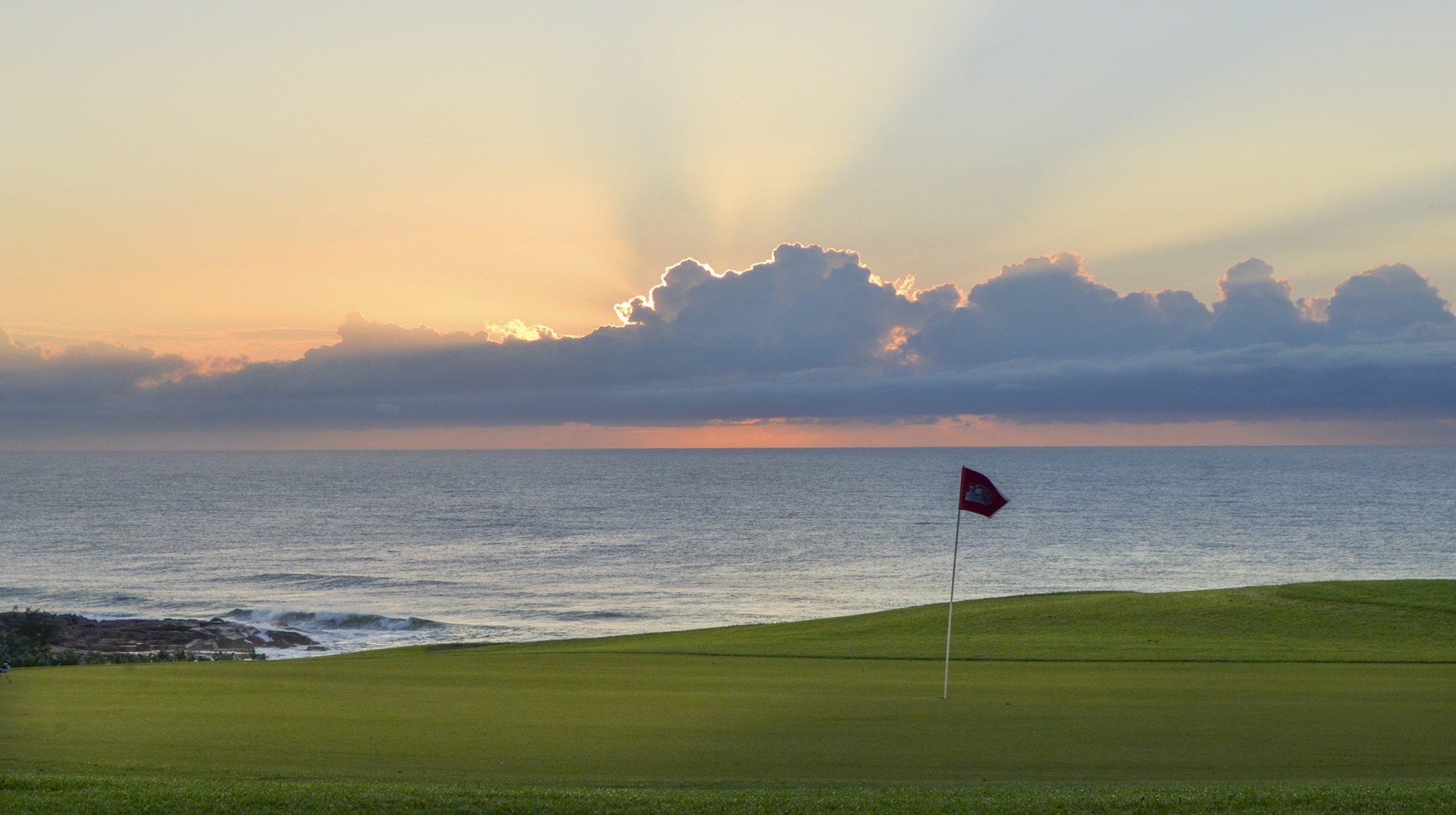 The secret to the golf club’s enduring success is the warmth of its members and staff. Within minutes of arrival, you feel part of the place – which is just as well, ahead of the challenge that awaits.

The sharp elevation of some approach shots, particularly on the front nine, speak to deceptive design, and you under club at your peril.

Often, a golfer is most fearful of that which they don’t know. The members will tell you to pack plenty of club for each shot chasing the safety of the green.

For players coming from up north, where the air is light and the ball flies forever, best you adjust your yardage early. You will need at least two clubs longer, and that is before you take the wind into consideration. Here, too, the course can hoodwink the uninitiated. Even if you can’t feel it beneath the trees, your shot will be affected.

Terrific features of Umdoni are the short holes on the course. Each is unique in character, and places a massive premium on accuracy. The charming third and the wicked 12th both require little more than a wedge, but they can both gobble up a shot short on distance. 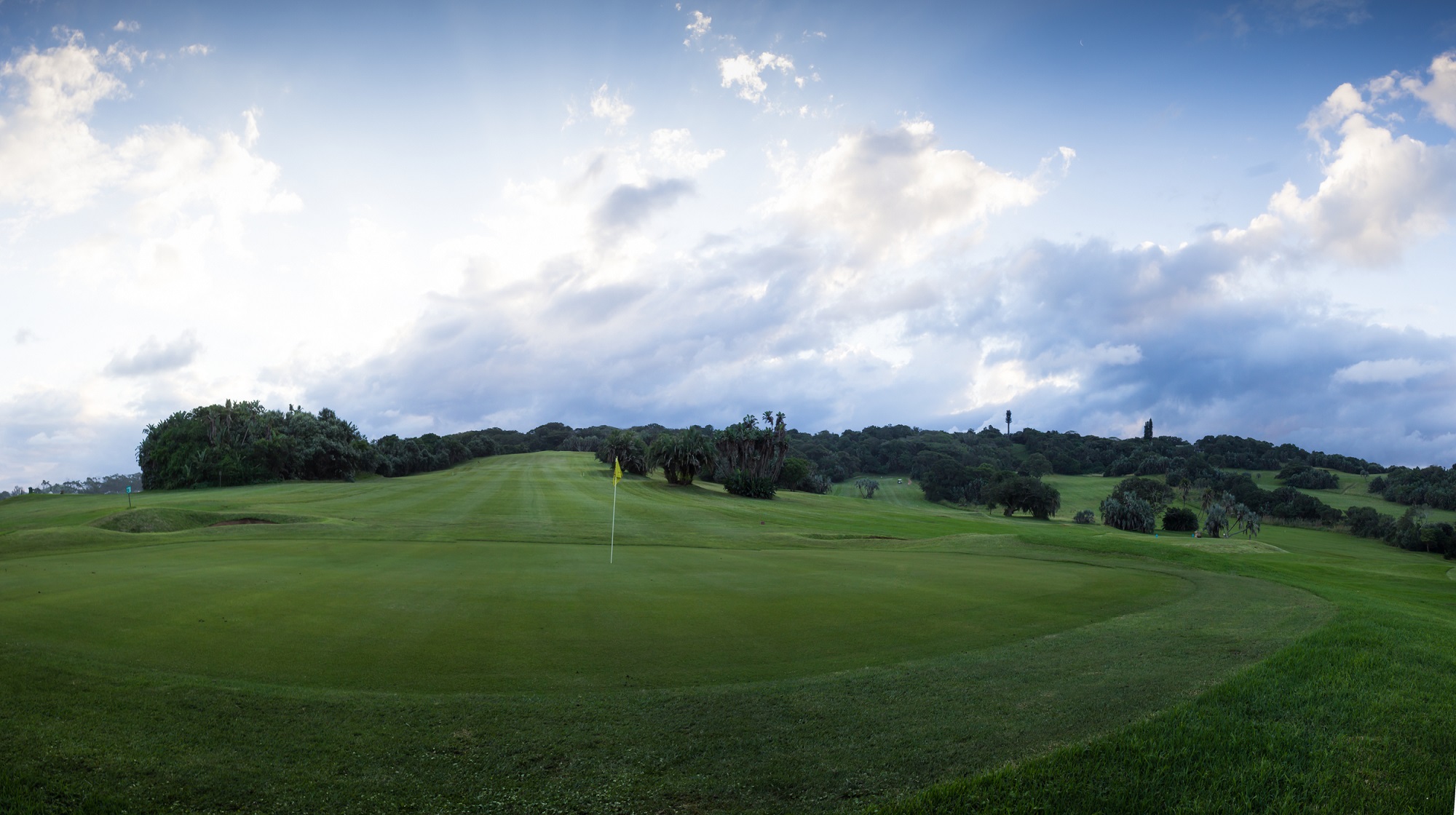 There are plenty of candidates for a signature hole, but the closing stretch of four holes, heading back to the clubhouse and the sea, will demand your last bit of concentration.

The final hole, from a tee box that has a view as vast as it is blue, is a wonderful par-five. The heroes will try and get there in two big blows, but water near the green combine with forest on the left to protect a well-bunkered putting surface.

Head into the convivial 19th hole for tales of adventure and what could have been, as the wind outside whips up and brings in the night. 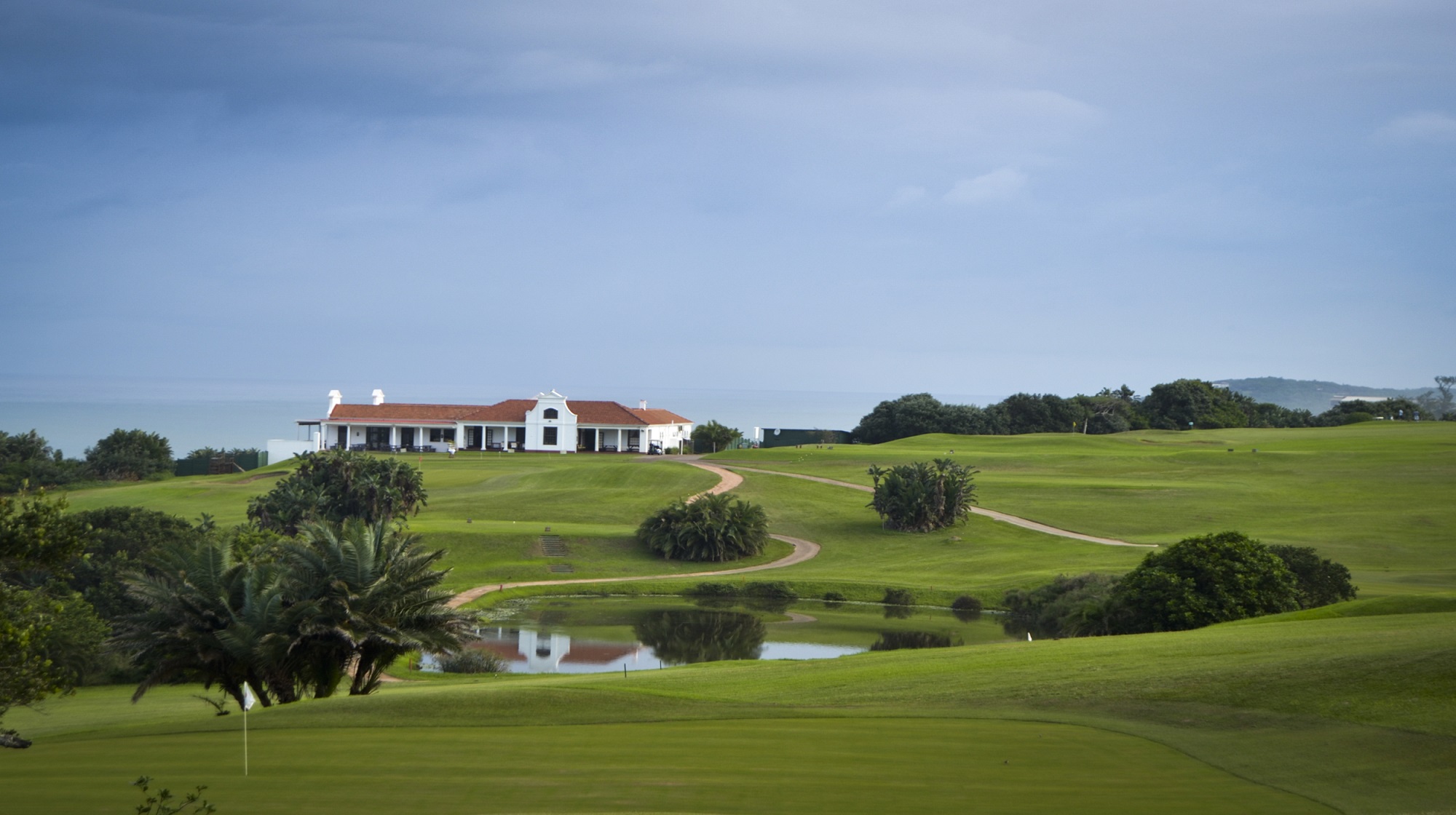 If you’re eating, the clubhouse restaurant has some excellent choices every day expect Monday, including a truly sumptuous fillet dish that would sit proudly at any reputable eatery.

If you’ve travelled from afar, Umdoni’s range of accommodations offerings suit every budget and party size. For the modern Tarzan and friends, there are rustic dwellings near the 12th green- the self-catering forest cottages which accommodate up to 20 people, well away from anyone else. You can be as loud as you want, and only the resident mambas (snakes) might complain. 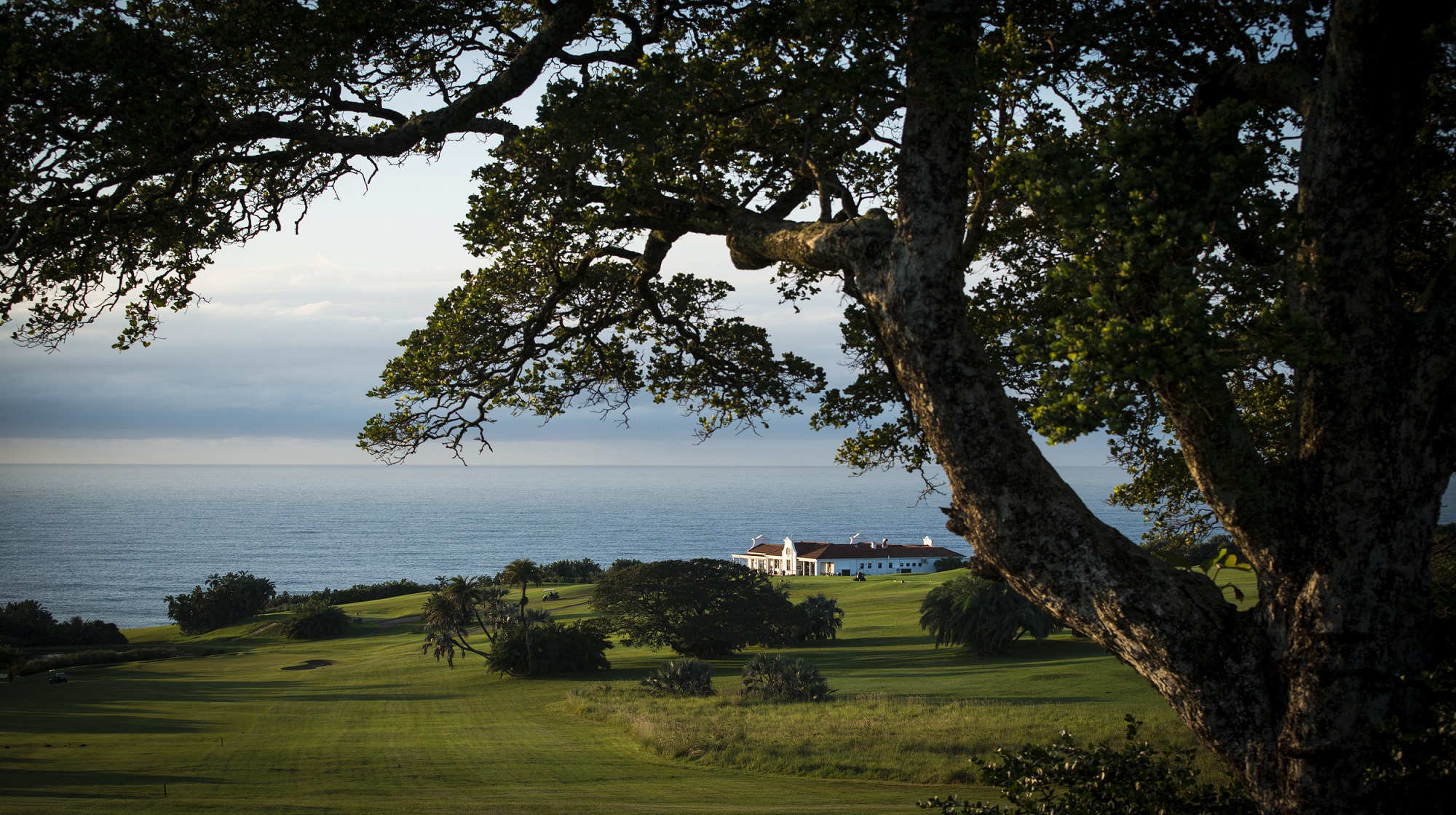 For those after a more genteel night’s rest, Botha House sits between the estate entrance and the clubhouse. Botha House was originally built for General Louis Botha as a beach retreat for his wife Annie. Today this sensitively restored, gracious homestead stands proudly above the ocean, the sound of the waves crashing on the Umdoni Point rocks below. 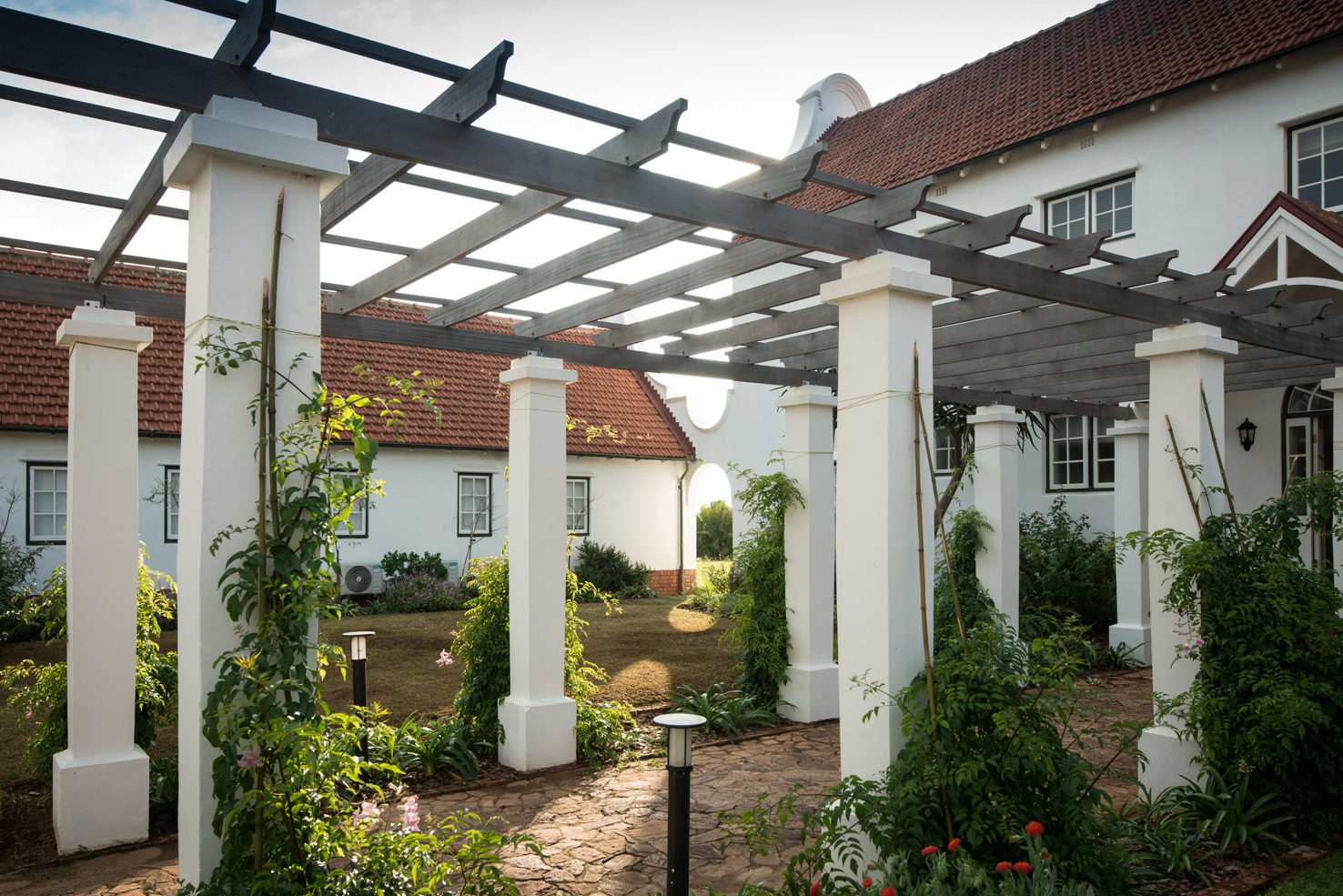 The four rooms of the manor house are glorious and cavernous, with views towards the sea or the forest. The staff, led by the knowledgeable Charles, are attentive and knock up a traditional breakfast, which you can take in the grand dining room or on the terrace, with the morning sun and sea breeze for company. 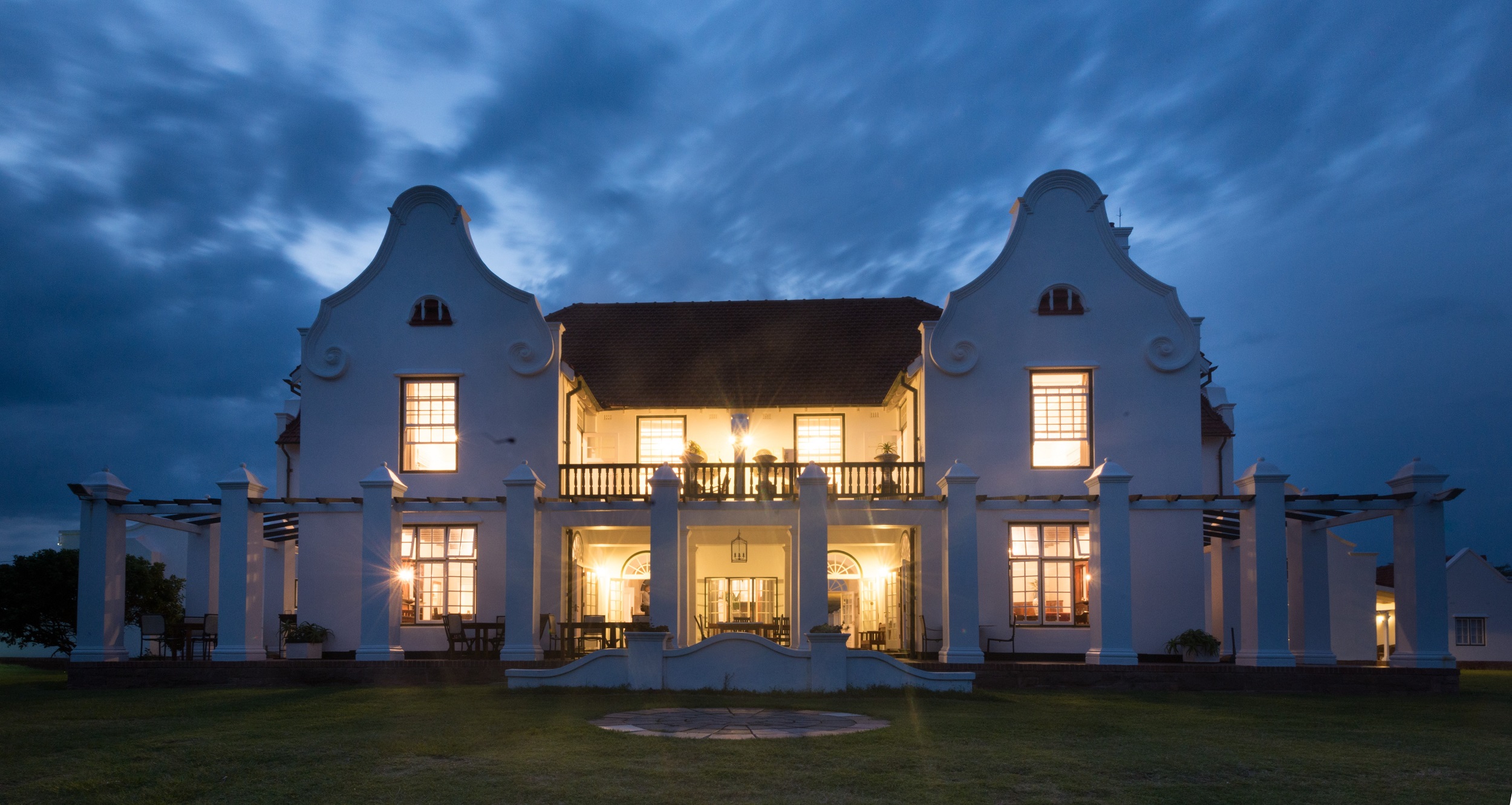 It is an experience that speaks of a bygone era, where time went by as slowly as the gin and tonics. There are also cottages dotted around the main house, and these are also comfortable and make for fine double rooms. 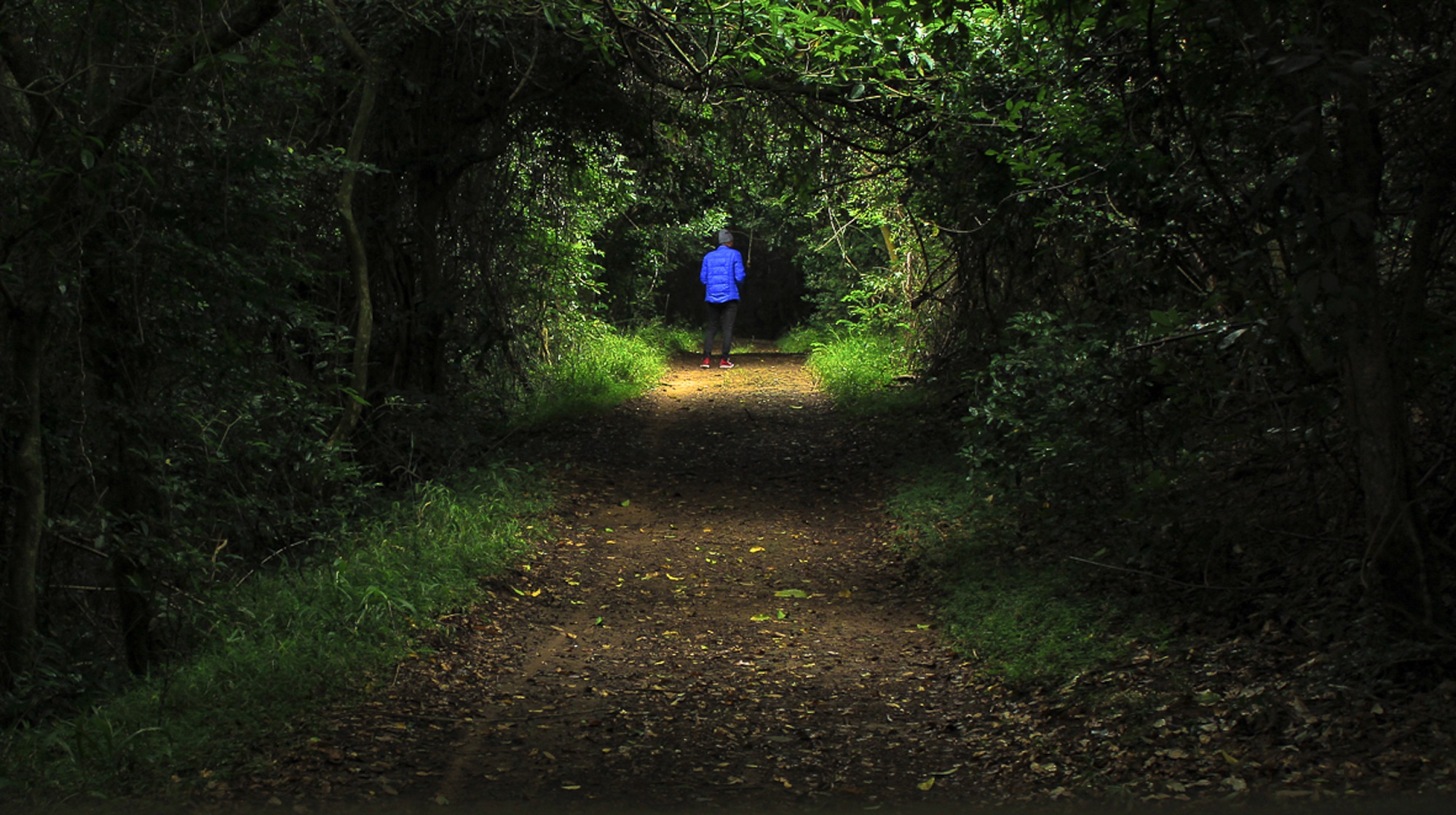 Off Course, On Track

It’s not all about golf, so golfing widows or widowers have plenty of options. That forest I mentioned? Imagine riding through the forest simply enjoying the solitude and hearing nothing more than birds tweeting and the hooves of your horse as you make your way along the trails. 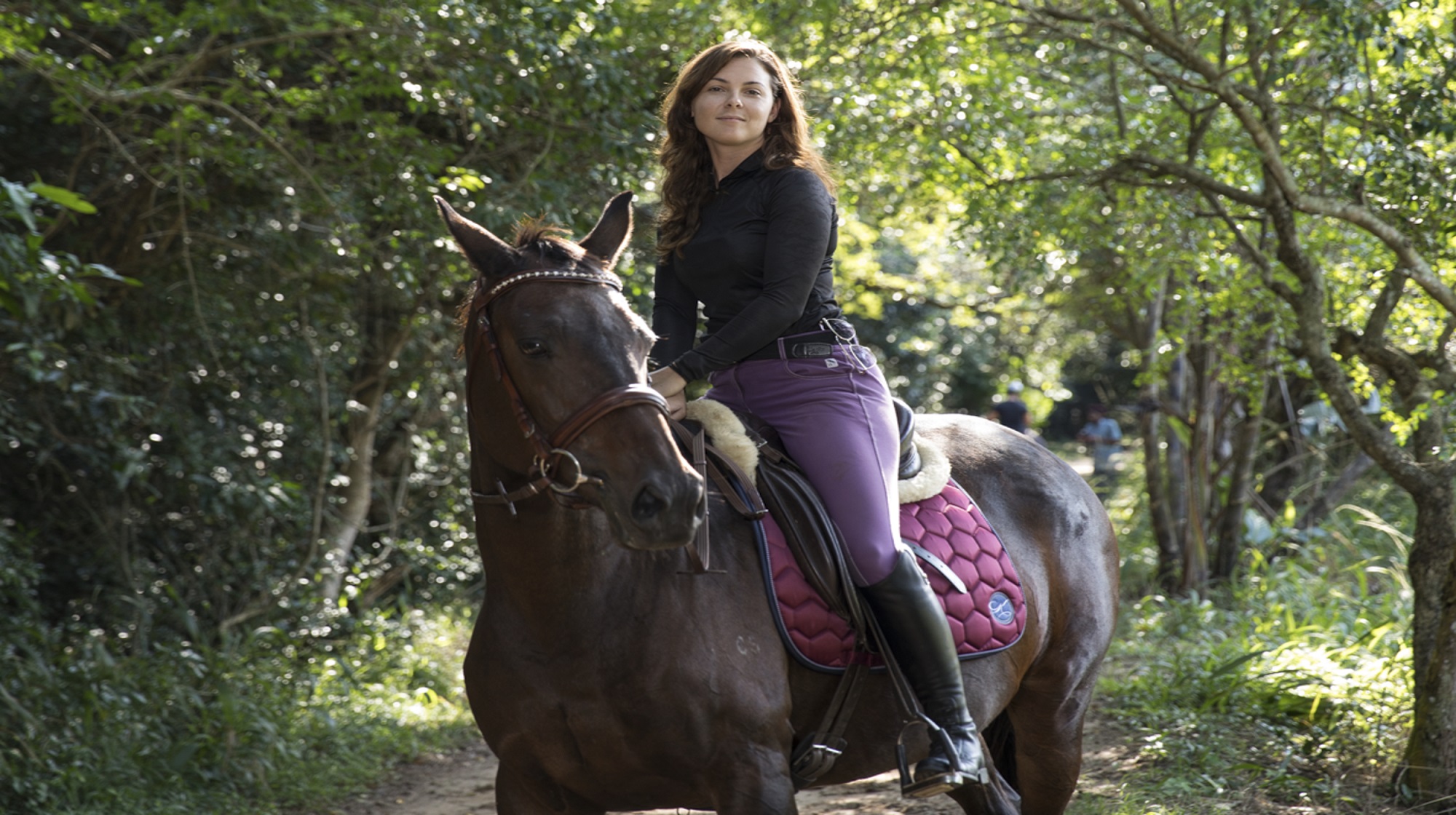 There are walking trails with Bushbuck, Impithi, Red Duiker and so much more, running trails with weekly parkruns and myruns, and cycling tracks, over 120 tree species, ditto for grassland species, a resident pair of Crowned Eagles and over 150 bird species. 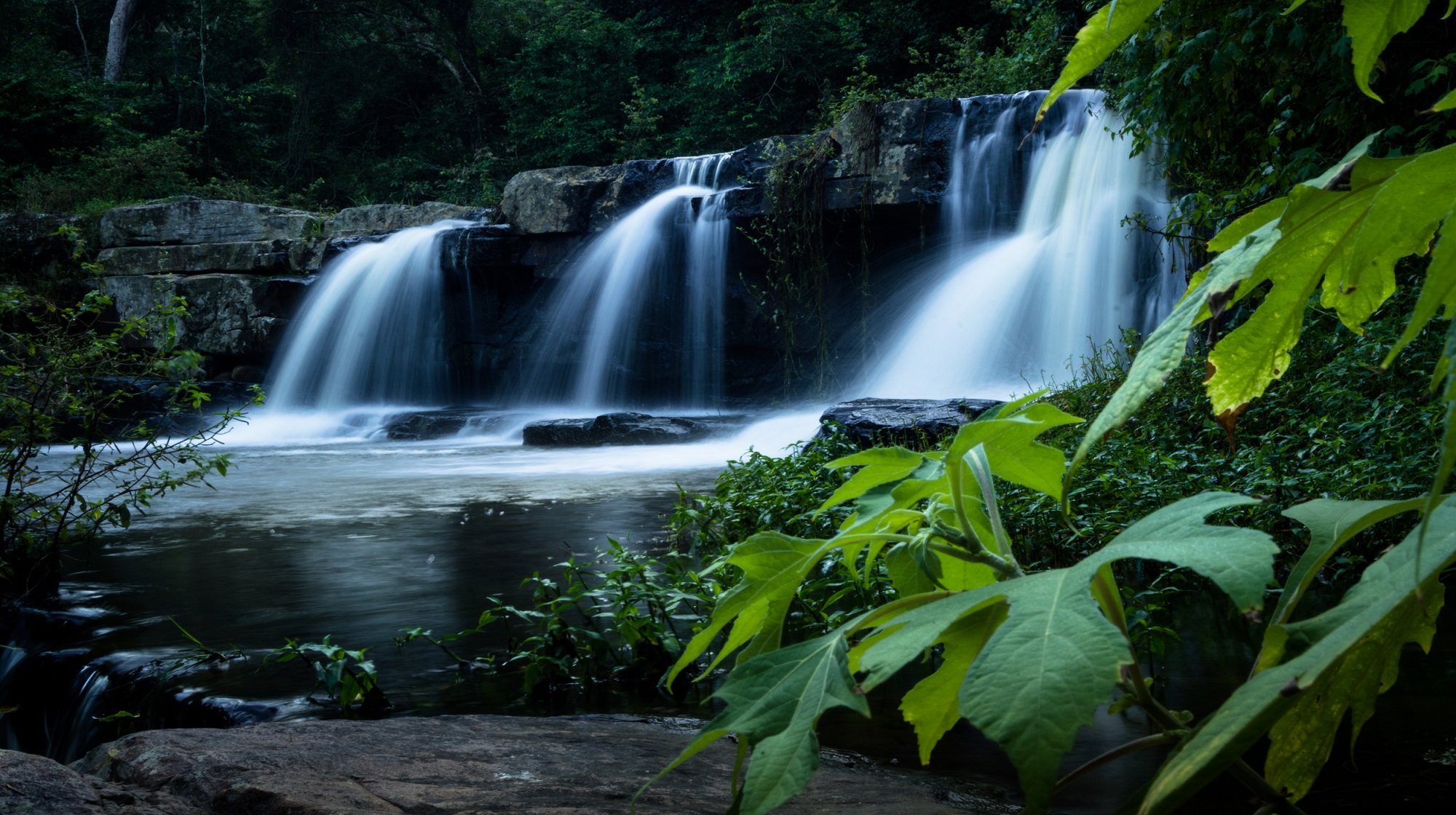 For the more adventurous, hike down to the gorge and along the Nkumbane River and Ridge Trail. Stop off at the Otter View Site and take-in the forest sights and smells.

There’s a whale watching deck, lovely picnic area, an Environmental centre, with interactive walks to learn about the fauna and flora. The beach has a tidal pool and the best access to Pennington point, a renowned fishing spot. 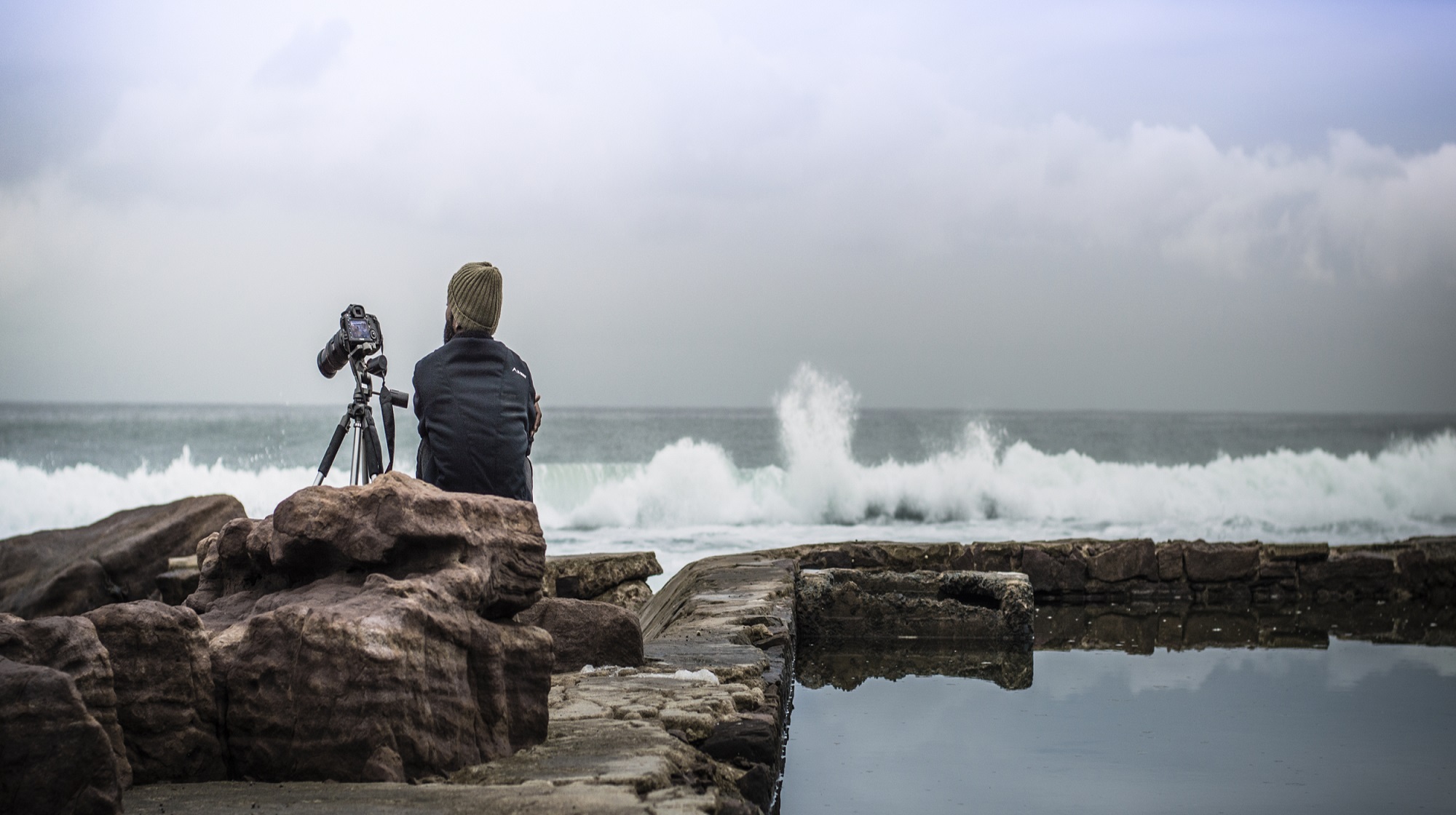 It is easy to forget that KZN has two coasts, completely different in manner or manor.
The well-heeled North attracts the attention, and even more so after the airport relocated. Everything happens quicker on that side of Durban.
But, as the international pandemic has reminded us, there is still a time and a place for old creature comforts.
Like the south coast, and hidden treats like Umdoni and it’s wonderful people.
Go.
Play.
Stay a while.
Visit www.umdonipark.com 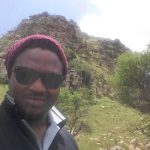 An award winning sports journalist and broadcaster in South Africa, Lungani Zama has played more golf (scratch handicap) and enjoyed more fine hospitality experiences than most. His work has taken him to many countries, with highlights such as the 2016 Rio Olympics, the 2019 Cricket World Cup, five tours of Asia for culture, cricket and curry, and an unusual sojourn in Croatia, writing about the (unknown) history of cricket in that country. He has contributed to many media newsrooms, written and co-authored several sports books and featured in international documentaries. Currently a long form writer for Newframe.com, Zama is also penning a new book project.

About the Author: Lungani Zama

An award winning sports journalist and broadcaster in South Africa, Lungani Zama has played more golf (scratch handicap) and enjoyed more fine hospitality experiences than most. His work has taken him to many countries, with highlights such as the 2016 Rio Olympics, the 2019 Cricket World Cup, five tours of Asia for culture, cricket and curry, and an unusual sojourn in Croatia, writing about the (unknown) history of cricket in that country. He has contributed to many media newsrooms, written and co-authored several sports books and featured in international documentaries. Currently a long form writer for Newframe.com, Zama is also penning a new book project.