Distillery 031- Gateway to the Spirit World 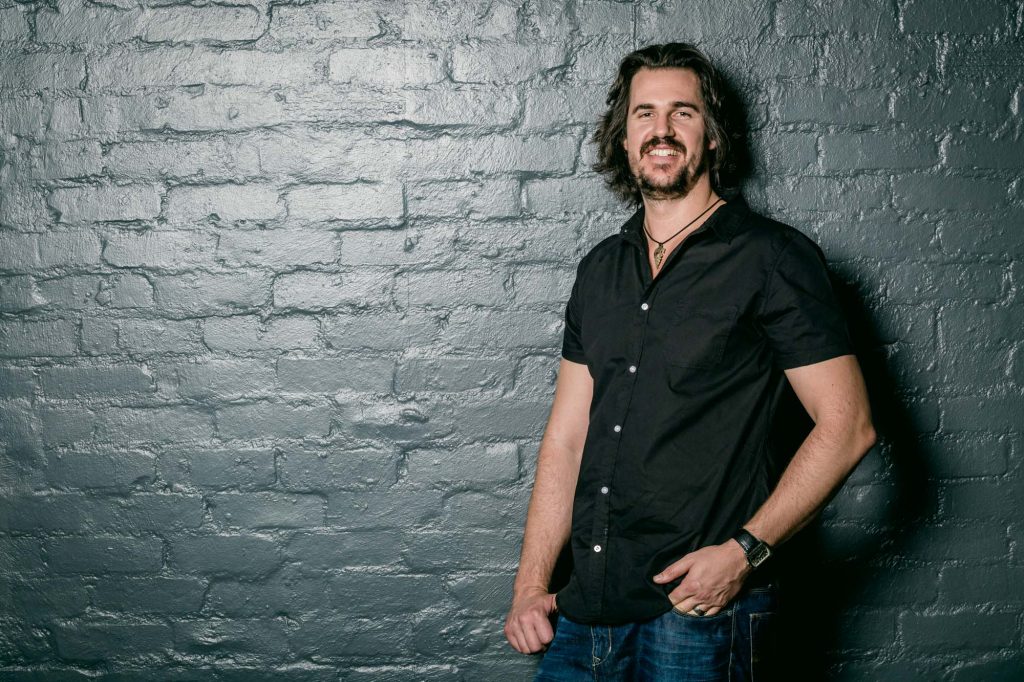 “I call this my gateway spirit” said Andrew, swirling the amber liquid in his glass. Well, through the gateway, down the hatch and the rabbit hole and colour me impressed, well impressed! Andrew Rall, owner of Durban’s Distillery 031 is a singular man whose burgeoning craft distillery is a portal to some unique, top-notch craft spirits. He was referring to his D’Urban Barrel Aged Gin- something rather special. Serve it on ice to guests without telling them what they are drinking, just to gauge reactions. Plenty of surprised expressions no doubt. Gateway? Well, I agree with him that it may change the perceptions of many non gin drinkers. 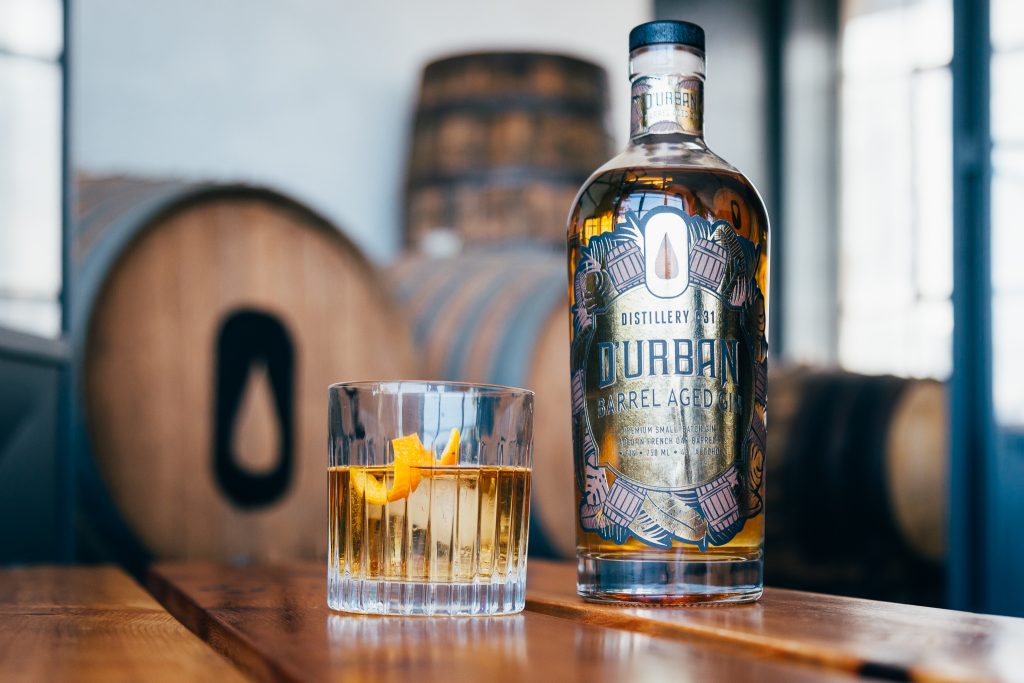 South Africa’s most exclusive gin at around R1,899, this is available in limited quantities. 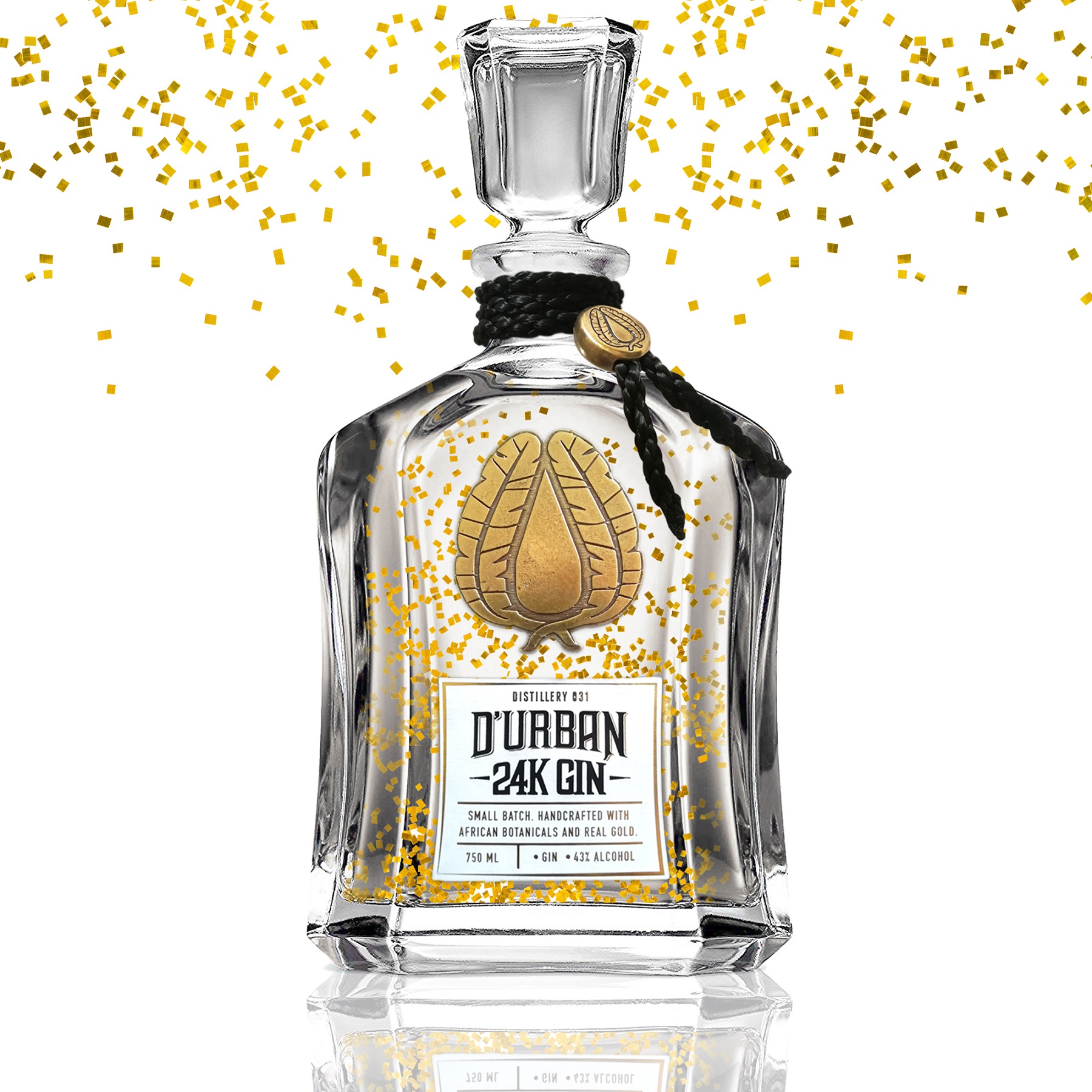 Bragging rights gets you a very smooth, accessible, American style gin with food grade gold flakes that is reminiscent of a top-notch vodka. Still, there’s one to top that, but it’s only for a bespoke jeweller’s clients. I haven’t yet tasted it (Rall was hiding it at home) but it’s a blend using some of the distillery’s oldest barrels and fresh gin, comes in a beautiful Bohemian crystal decanter in a foiled box and has a black diamond in it. Yours for a cool R20 000!

Gin is trending- has been for a while now- and Rall has been at the forefront of the gin revolution in South Africa. His passion trumps trends however, and Distillery 031 products include a superb tonic cordial, rum (including cachaça), vodka, absinthe and some unique spirit aperitifs- all with a view to putting the country on the map in terms of carefully and beautifully crafted, award winning, spirits. Distillery 031 is South Africa’s most internationally awarded independent distillery, gaining accolades and medals at the New York and San Francisco international spirit competitions, London Spirit Masters and locally. 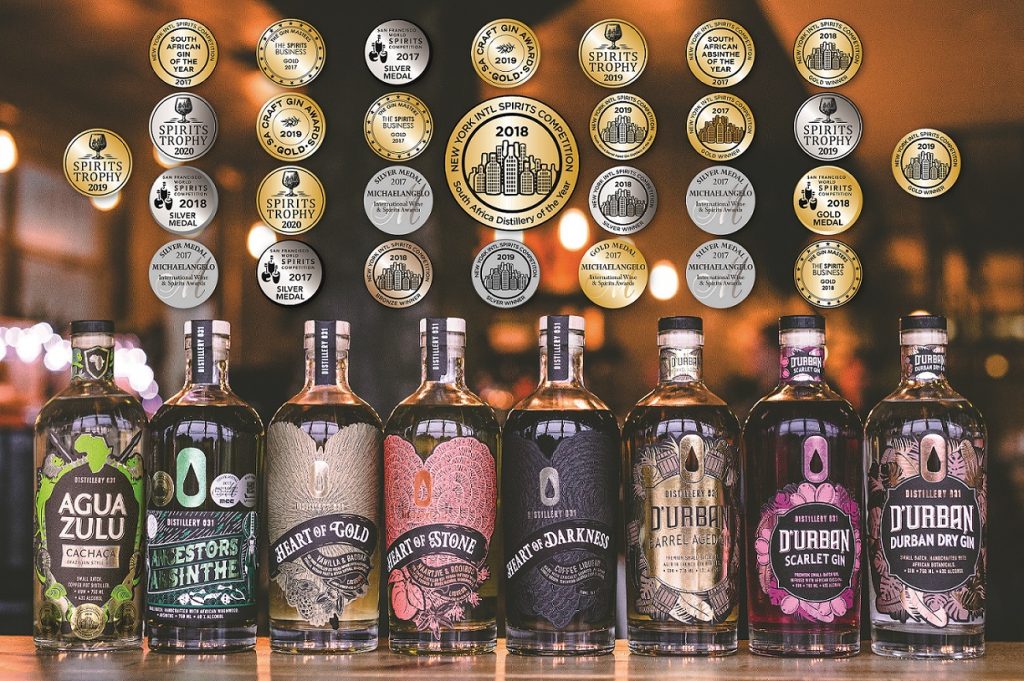 Rall distilled privately at first, acquired his commercial licenses in 2015 and, in a relatively short time, has made inroads into the international market. The fact that he exports his premium 031 Vodka to a country like Sweden where vodka is not so much trending as entrenched in social culture says a lot.

He is a gentle giant- charming, charismatic, passionate, perceptive, driven and open to ideas and experiences. That’s a great checklist for someone who continually researches and experiments in his quest for excellence. His introduction and taste for spirits was more about quantity than quality (student daze), but a trip to Scotland ignited an interest in- and passion for- distilling. Fast forward and this once brand manager for Unilever found himself with his own brand, an urban distillery (Durban’s first craft distillery) and in cahoots with like-minded entrepreneurs in establishing Durban’s first urban renewal district- Station Drive, off Umgeni Rd.

Rall is passionate about more than quality hooch. The name, Distillery 031 (031 is the local dialling code), hints at his love of his roots. Hence the distillery being in the city and the many indigenous elements that infuse the business- from bottle labels to botanicals and the raw materials from which the spirits are crafted. These include sugar cane, baobab fruit, indigenous wormwood and rosehip, coffee cherries (cascara) and imphepho, a medicinal herb used by sangomas to summon the ancestors.

Durban, on the subtropical eastern seaboard of South Africa, is often overlooked by international travellers on package deals, but it- and the province of KwaZulu-Natal- is where many visitors find a true taste of Africa. Durban is South Africa’s third largest city, covering a total area of over 87 square miles, and is South Africa’s chief seaport. The city’s population is just over 595,000, while the metro area has a population of over 3.8 million.

KwaZulu-Natal, the “Kingdom of the Zulus”, is greener, wilder and more diverse than most of South Africa, with warm sea, great beaches and world class surf spots, rugged mountains, the oldest game reserve in South Africa (and many more besides) and a colourful, vibrant mix of cultures and influences.

Durban is bustling and hustling and “Durbanism” is a thing. I’m not sure if the term stems from Rall, but he’s a glowing example. If he didn’t have export/import/sales/admin/investors and all the not-so-fun bits about owning a business to attend to, he would be at the still and behind the bar every day, sharing his extraordinary knowledge of all things Durban and walking the talk. And the talk is great.

I’ve attended many, many wine tastings/ pairings etc- I even conducted tastings and tours in my youth. I’ve also toured impressive distilleries, but I’ve never had such an entertainingly educational occasion as in Distillery 031’s industrial-chic tasting room. 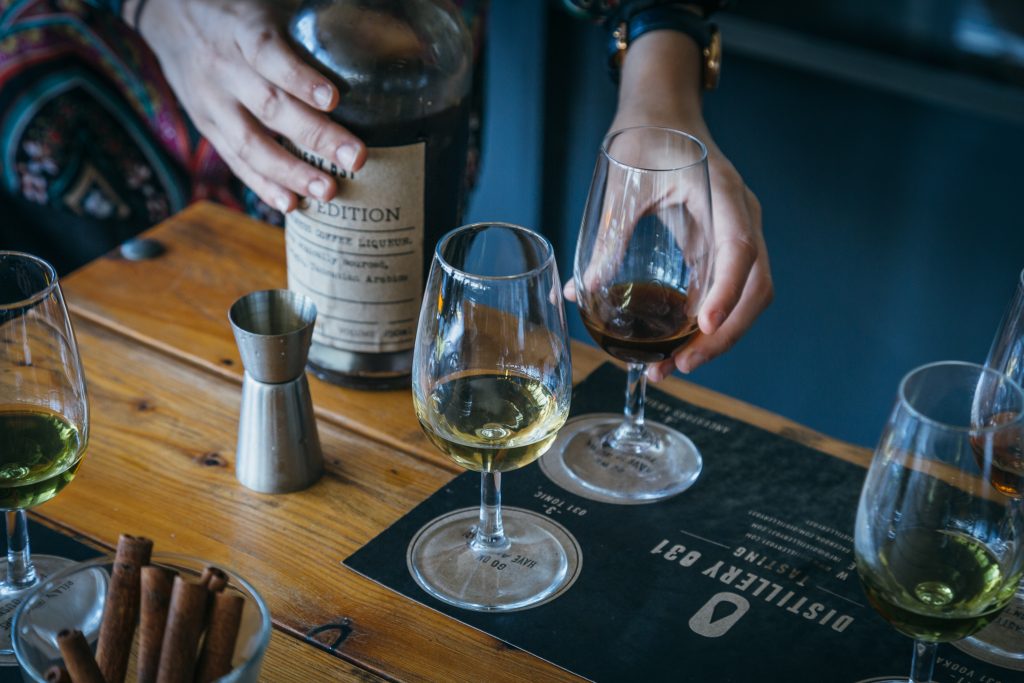 A group of German tourists and I exited the tasting room in a haze- a haze of newly acquired tastes, knowledge about spirits in general and Distillery 031’s products in particular. Like my companions, deciding which were new favourites was top of mind. The histories and development of gin, tonic and absinthe were especially interesting to me, the whole experience a treat- the complimentary welcome cocktail, the tasting and the gourmet burger meal in the bar-cum-eatery while eyeing out the gleaming bits and bobs (which I could now identify) in the distillery.

“Local is very lekker” I thought (Afrikaans for “nice”). So too the Germans, who were researching how best to acquire 031’s products in Europe. 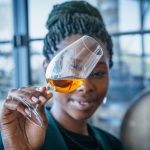 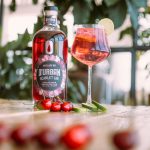 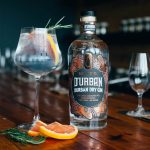 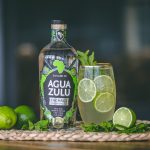 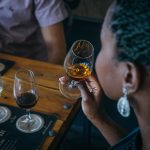 So, how much did I really like Distillery 031 products? Enough to have been conducting tastings there for a year or so. After the COVID-19 enforced alcohol and tourism shutdown, the distillery is again open for group tastings of eight or more — I’ll drink to that!