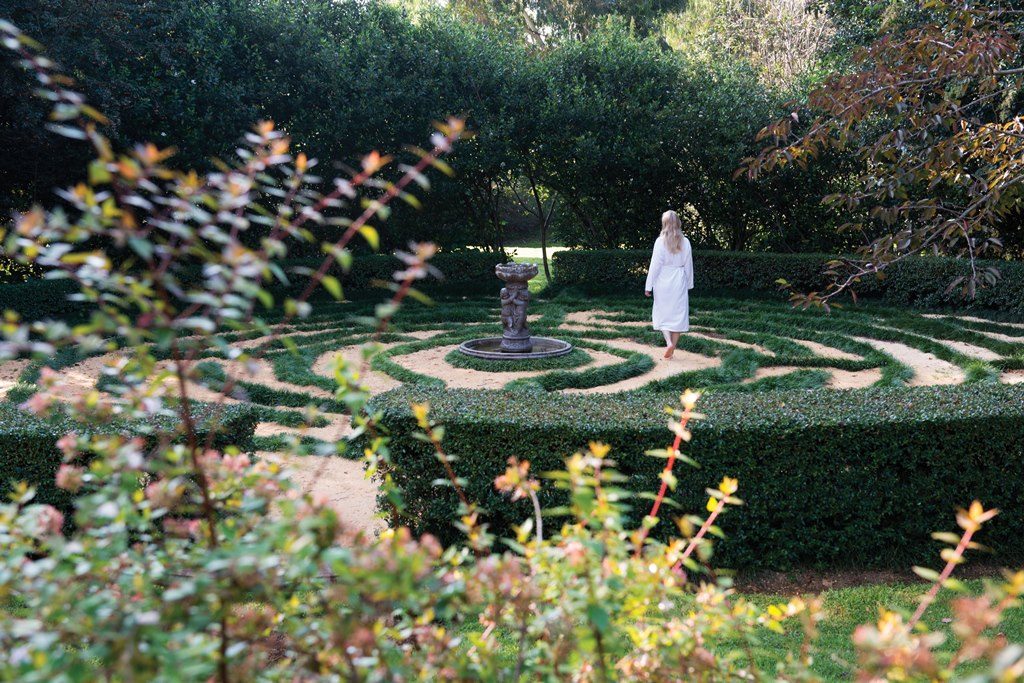 Sitting in reception at –Brookdale Health Hydro just outside Nottingham Road village in the KwaZulu-Natal midlands- looking through the French doors as I signed my life away, I had a “One Flew Over The Cuckoo’s Nest” moment. People on a chilly winter’s day in bathrobes and slippers eating their lunch. That was as an outsider. Once you’re “inside” it’s all good- so good they may as well throw away the key.

But they wouldn’t. And inmates sneak off now and again for a round of golf at Gowrie around the bend or, like truant kids and much to the amusement of the staff, a pint and a pie at over-the-road Rawdons or further afield.

You may have heard “Those that can, do. Those that can’t, teach”. What utter codswallop I thought as Cara Larter administered the best Swedish massage I’ve had (I’ve had many). My body learned a fair bit about itself under her strong, intuitive hands. I most often fall asleep during a long massage but I was trying to pay attention as knots and niggles were expertly released.

The same could be said for Mbali, Zinzi, Sarah or any of the therapists.

It’s not just the therapies that taught. The lecture room is a busy place. Brookdale’s concepts and systems are holistic, balanced, integrated, well researched and most effective- or so my detox headache informed me. Happily it was mild and intermittent and soon cleared as plenty of water, treatments, a couple of aquacise classes and brisk walks took effect. So too chef Juliet Stephenson’s wholesome, delicious food. 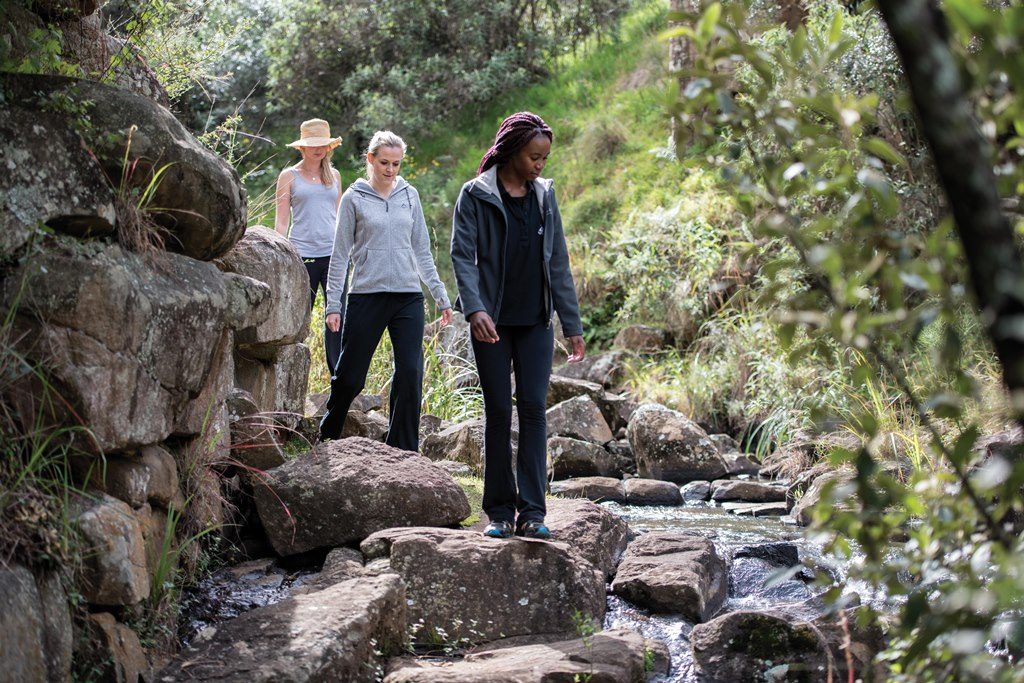 I imagine many are apprehensive before visiting. Will they survive on the odd lettuce leaf and watery clear consommé? Trust me, it’s not like that. Yes, there’s no caffeine, no alcohol and if you need to smoke or make a cellphone call you will have to traipse off to the rose garden round back. Not a bad spot by any means, with views over the brook of cherry trees and hillside. You won’t go hungry though- and the food is delicious. Juliette has produced two successful cookbooks, but I was chuffed to attend her cooking demo in the unusually simple kitchen, especially when I found that the food prepared was not in either book. Actually, no cooking took place (apart from toasting of nuts), but the “carrot cake” was as good as any from an oven- a baked version a little later served as a comparison. 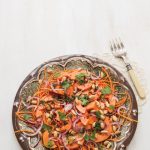 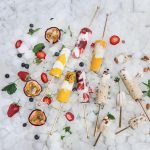 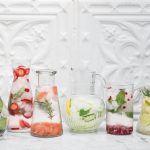 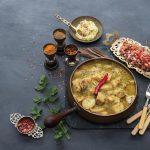 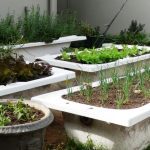 Repurposed bathtubs out back, now full of herbs and veggies, are evidence of Juliet’s recycling knack. The popular day spa has also been considerably enhanced since my first visit, with the addition of a conservatory- a great place to keep warm on drafty days, considering guests are almost always in robes.

My mum weaned me on the dietary advice of Adelle Davis who preached the benefits of whole grains and breads, fresh vegetables, vitamin supplements, limits on sugar, and avoidance of packaged and processed foods in the 50’s and 60’s. Those tenets have developed considerably since, I learned while attending talks by owner Wendy Somers-Cox and dieticians Caryn Davies (nutrition) and Tanya March- a real eye opener on gut health.

By the time I left though I was in a completely different state from when I arrived, happy on my drive and mindful of the inspirational Ralph Waldo Emerson quote left on my pillow the previous night. I don’t much like inspirational quotes. Not in the “insert inspirational quote” or décor way so often used by many places. Here it’s different, heartfelt and a reflection of Brookdale and one of many reasons so many have been coming back since Tony and Wendy Somers-Cox opened the hydro in 1992. Some, like hydro GM Marilyn Cox, have never left. What an advert she is- engaging, vivacious, clear, considerate and radiating good vibes and health.

All the best places I’ve visited are run by involved owners who lead by example. Dynamo Wendy is one such owner, imbuing consistency, quality, energy, confidence and other qualities on staff and guests alike.

I’ve lounged in a robe elsewhere and had fantastic treatments and it was grand, lovely, but just, well, indulgent. At Brookdale there’s purpose- your wellness. “There is a point to what we do” said therapist April McNally during a brisk early morning walk before brekkie. It’s a highly skilled, drilled and motivated team with everyone rowing in the same direction. 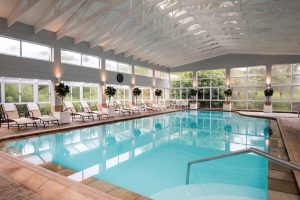 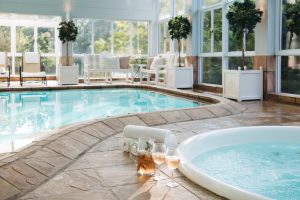 You choose how much you engage or disengage,  how much you row or are rowed, but I suggest falling in with the regime (for want of a better word) to get the most out of your stay. Answer the wake-up knock, with a pot of Rooibos tea, on your door and take advantage of the fact that all Brookdale’s packages, apart from their specific therapies or activities, include morning walks and aquacise, guided relaxation, yoga and Pilates classes and Clarins demos. The gym is open to all, the indoor heated pool (there’s an outdoor pool too) is open until 9pm, with Jacuzzi, sauna and steam room alongside.

There’s time and space for quietude on a lounger, wincing along the reflexology path or navigating the labyrinth, or meandering alongside the brook and in the forest in-between. There is a wi-fi hotspot and dstv, whether you’re in a standard room or luxury suite, though my tv stayed off. 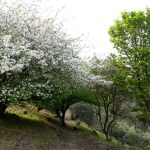 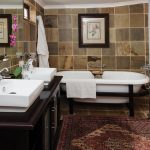 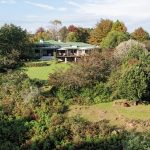 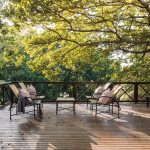 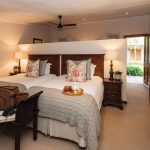 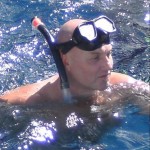