Babanango Game Reserve: A Conservation Jewel In The Making

After a truly African storm the night before, when the sky went from brilliant black into a disco of colour and sound, the Babanango Valley Game Lodge rose from its slumber replenished and resplendent. 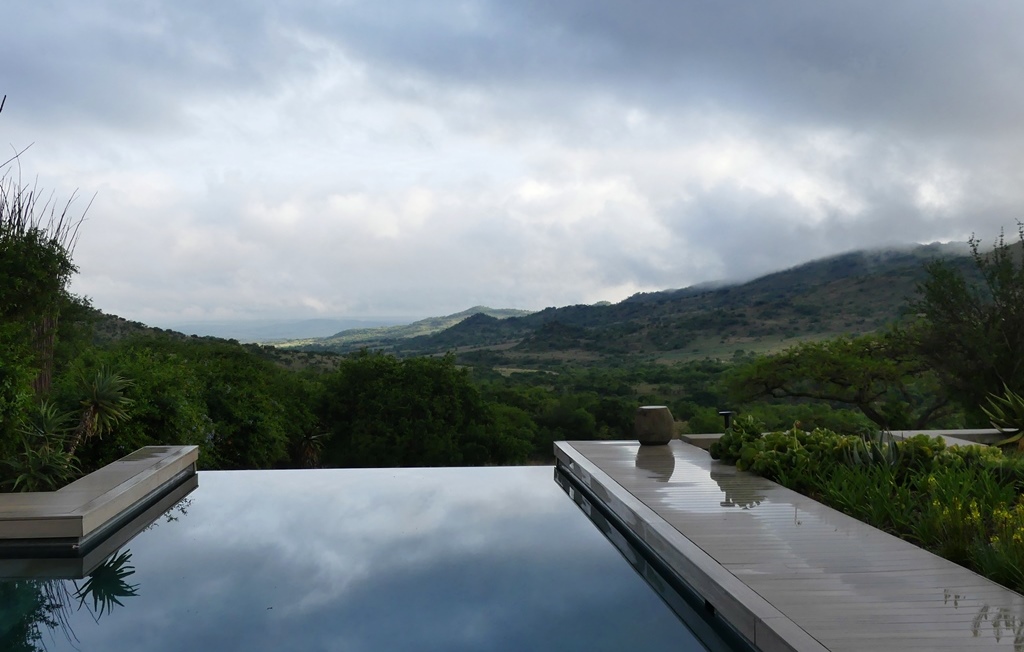 The 283 species (and counting) of birds were busy, chirupping in the breakfast buffet brought to them by the rains. The grazing impala were on the move, too, with newborns that waited for the big showers to hit, before announcing themselves to the world.

They say that rain and water are signs of life, and the 23000 hectares of rich and diverse land within the African Heritage Conservancy (AHC) boundaries attest to this.

Babanango Game Reserve is situated 50 km from Vryheid, and about a three hour drive from Durban, on South Africa;s subtropical east coast. As you climb unerringly and steeply inland past Eshowe towards the eMakhosini region of Zululand, you cannot help but notice the parched land.

At least, that is, until the rains come through. As the land has panted for water, so too the soul of the people has longed for the kind of opportunities that are now springing out of a project that wants to make a difference in its community.

Babanango is the name, but it could just as easily have been labelled Bambanani (a coming together), such is the sense of community and respect around the place.

Highs and Lows- Take Your Pick 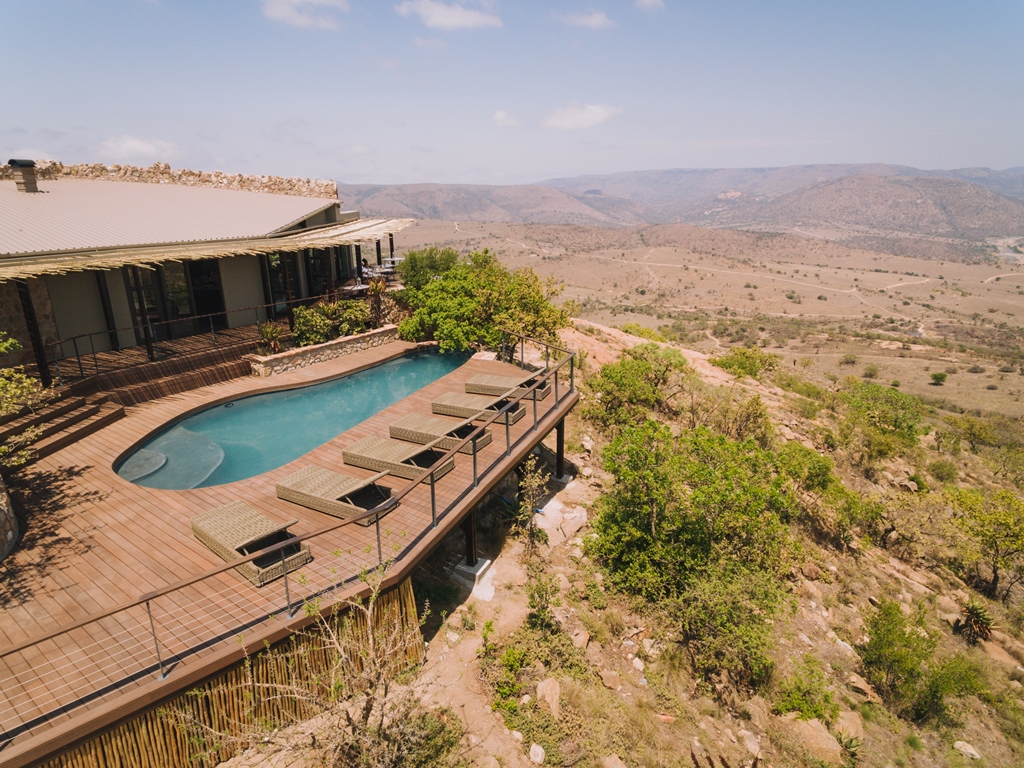 Having arrived for the much-anticipated launch of the Zulu Rock Lodge facility, we had then stayed for one night, at the already established Babanango Valley Lodge. 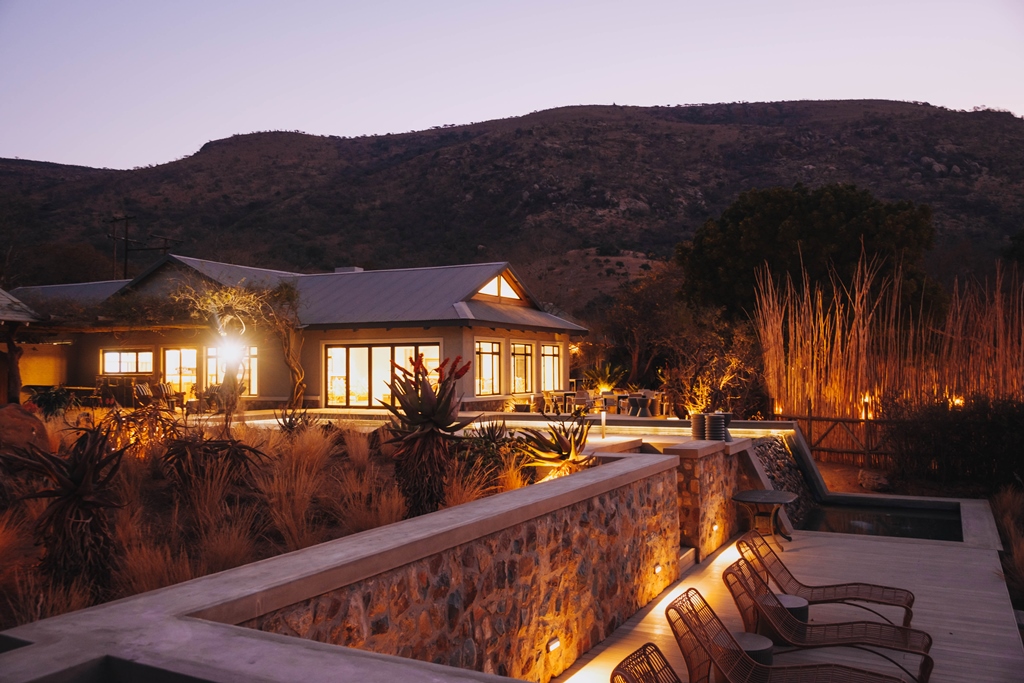 Babanango Valley Lodge from beyond the infinity pool.

While Zulu Rock towers atop the land, providing outrageous vistas, the Lodge is deep in the valley, almost out of sight from anything else. 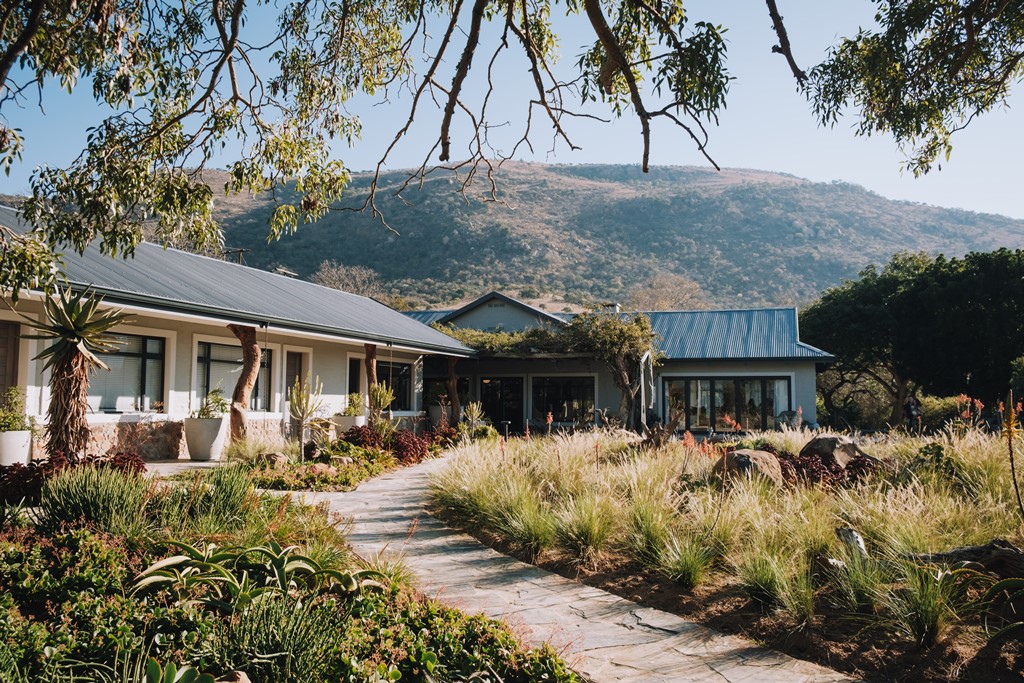 To get there, the journey was paired with an afternoon game drive, in the very capable hands of Xolani Mhlongo, a highly sought-after guide. 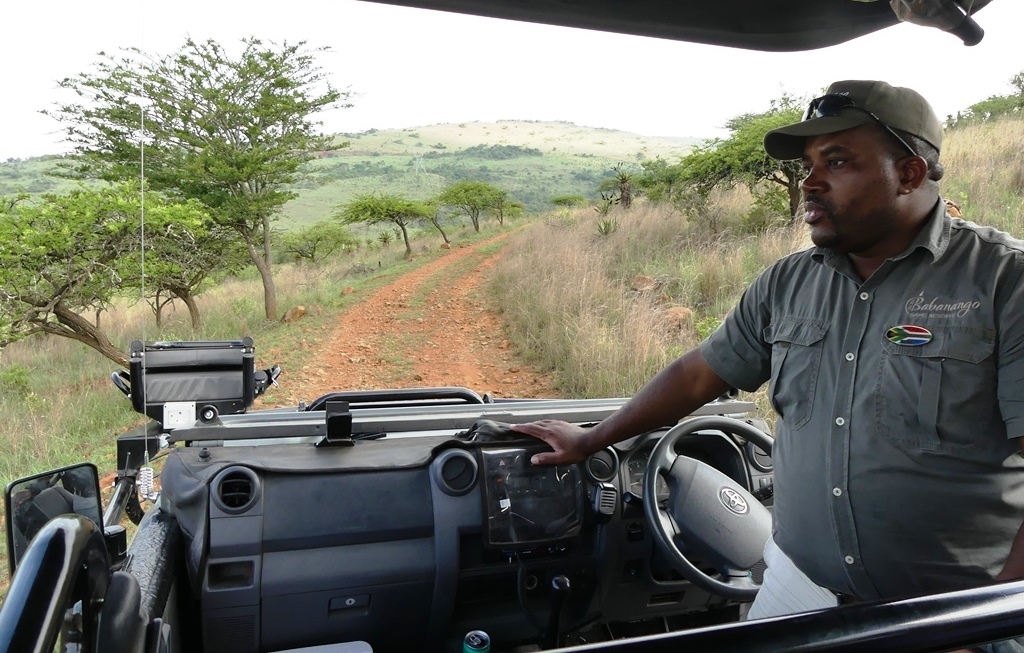 You may know him better as ‘Mr X’, because his reputation precedes him. Mhlongo has only been at Babanango for two months, and he is certainly a massive coup for Jeff van Staden, the chief operating officer for the AHC. With over 15 years of fantastic experience, Mhlongo has an engaging style and certainty about him.

His knowledge of birdlife, indigenous trees and the lesser lights of the safari kingdom is exceptional. Babanango Game Reserve is still in the process of becoming a proper Big Five destination, but the mark of an outstanding ranger is to hold an audience’s gaze without the box office security of a pride of lions or a herd of marauding elephants. 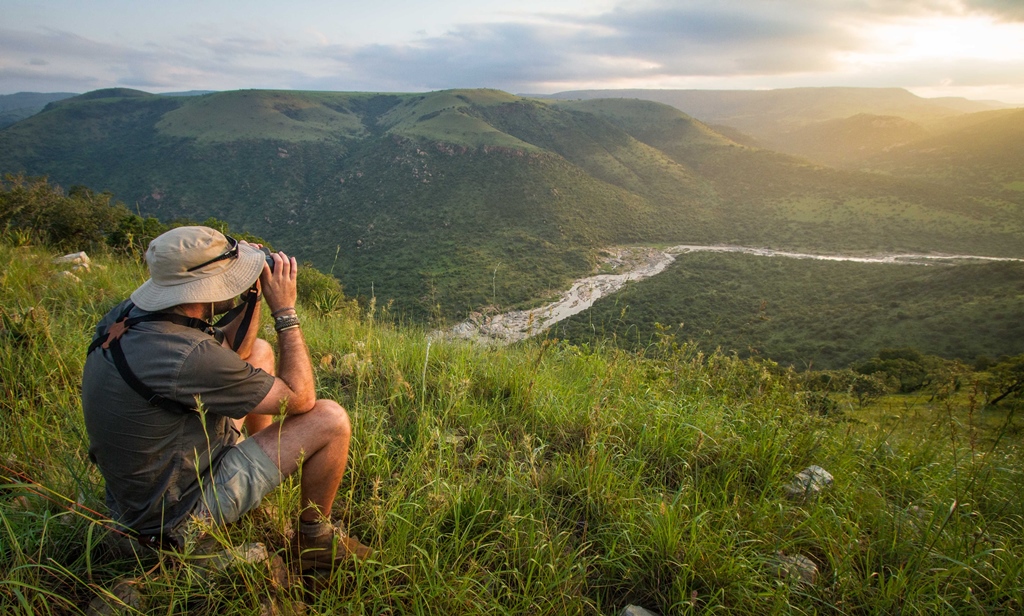 They will come in time, but it is refreshing to see the secretary bird, with its impressive wingspan, the humble Guinea fowl, the migration birds and all manner of chirpers take prime billing.

Mr X takes care to hear them, spot them and then name them in not just their classified name, but also by their Zulu and their anecdotal listing.

The same applies for the abundant flora, because this is prime Zululand. The stories of our forefathers speak of an affinity to the land, and an appreciation for what each tree brings. 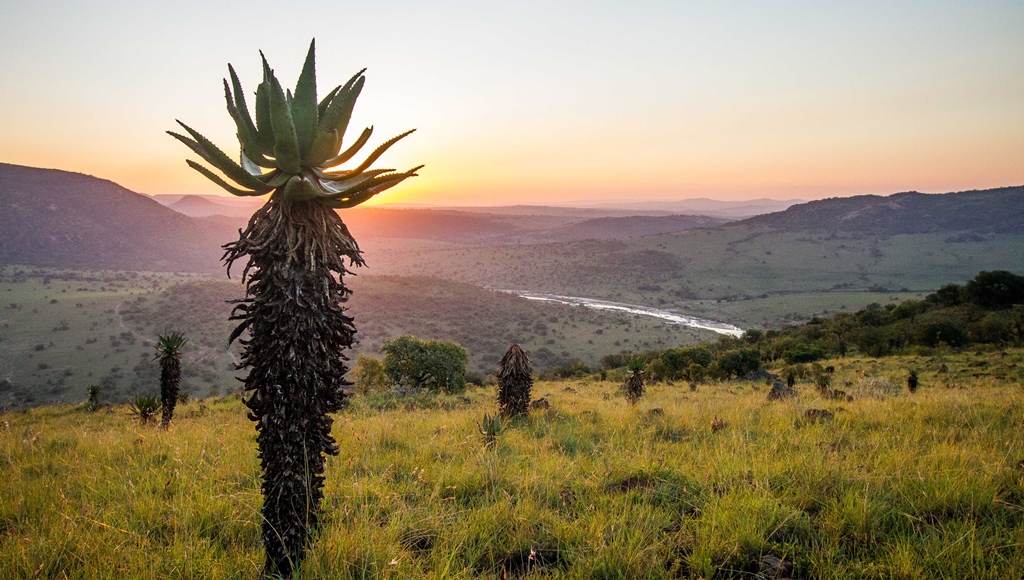 Mhlongo explains that as much as he loves game driving, his true passion lies in tracking. Then he is at one with the land, and taking guests on an exhilarating education.

He also bemoans the international pandemic, which has stopped his passion literally in its tracks.

“I used to walk maybe ten kilometres a day,” he sighs (in the bush, that’s a long way) , while patting the little belly that is the result of extended inactivity.

He also takes a holistic approach to the game safari experience. With the number of visitors only now starting to pick up, he has been taking in-house staff on game drives, so that they too can appreciate what is around them. 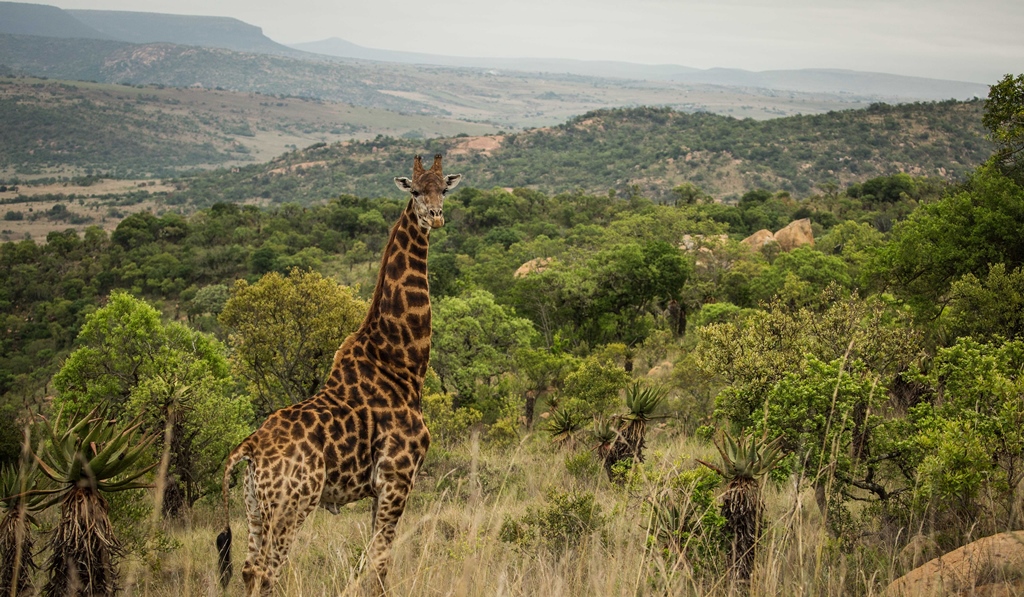 Babanango Game Reserve also encouraged locals to come for drives when the country allowed it, with deals that were sensitive to the economic challenge. The initiative also dispelled the myth that safari experiences are generally the preserve of rich people.

Babanango has an array of hospitality options, including Matatane Camp- a facility that can sleep school- and other large- groups, camping and learning about conservation. Two further projects, unique and isolated, are in development.

Geology students also love the area, taking particular fascination in the Khoi San drawings found in caves. The gushing White Umfolozi River winds its way through the valley, holding its own secrets and wonder. 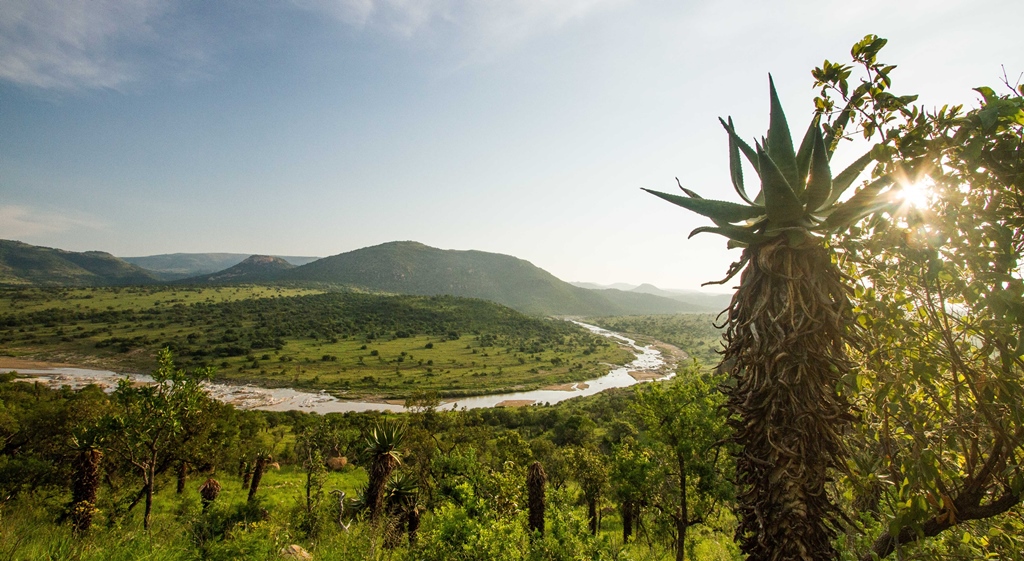 The White Umfolozi winding through the reserve. Photo courtesy of Chris Galliers

They say that a good yardstick for a happy workplace is the early morning chatter amongst staff, when they still think guests are sleeping.

Deep in the valley, around the infinity pool and just before the resident helicopter goes on its morning rounds, the banter from the kitchen speaks of energy, and anticipation of greener pastures.

There is generosity from the culinary creative team, too. Breakfast is everything you might expect from a relatively new luxury offering, but it is dinner that is the main event.

Chef Khumbulani’s offerings were very well thought out, with a chilled avocado soup to sap away the last of the lingering steam from an afternoon game drive.

The main event was either a rack of lamb, immaculately trimmed and sensitively sizzles, accompanied by delectable potato rosti and a smattering of seasonal vegetables, or a generous pork belly, or an intriguing vegetarian dish- cauliflower prepared three ways.

We went carnivorous- and were well pleased.

Adrian happily mumbled Anthony Bourdain-ish comparisons about his pork, while I cleaned every morsel off the lamb bones.

The accompanying sauce was a triumph. Gloopy and indulgent, it had depth and a sweetness to complement the tender meat.

Cheesecake and a zesty sorbet, resting on (excellent) chocolate soil, finished off the exquisite dining experience. Rural lodges’ attempts at fine food are all too often, in my experience, a flop. This was a delightful exception. As the wine list grows and matures, dinner at Babanango Valley Lodge will become a truly unforgettable experience. 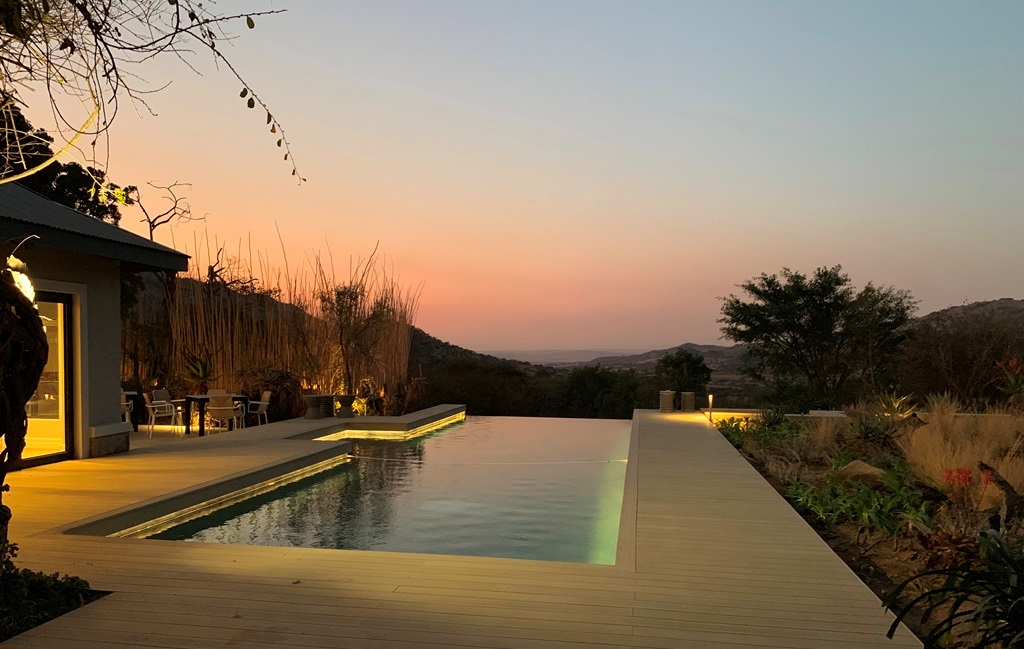 That is, if you ever pull yourself away from the pool area, with its endless view back towards the hills. At sunset, with the last of the rays splashing all manner of hues onto the rocks, the views are simply magical. 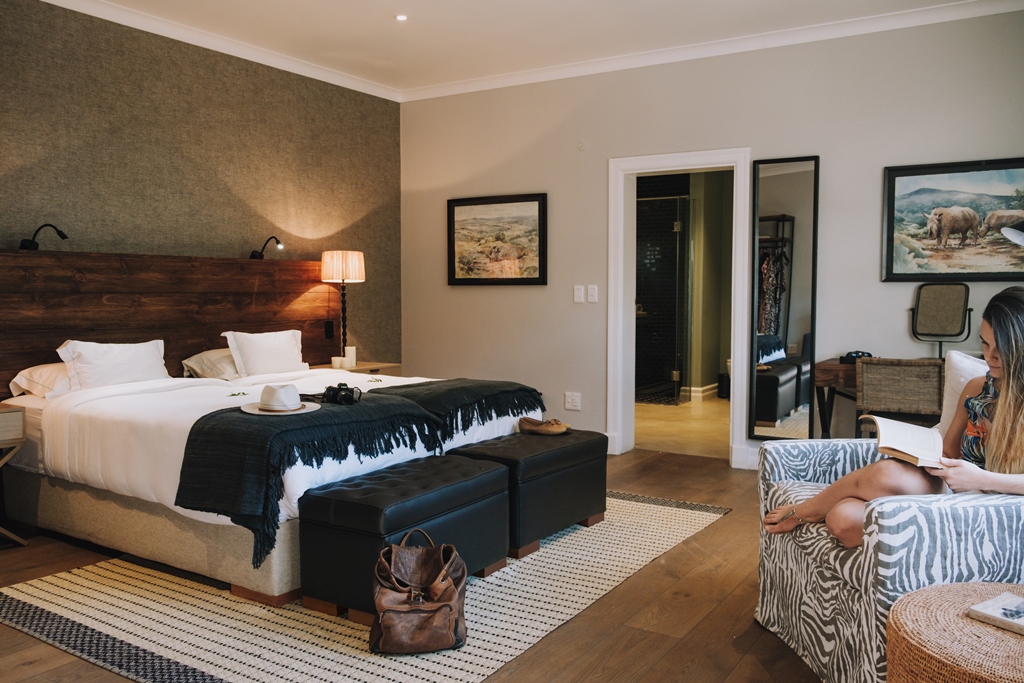 The rooms at the Lodge are generous and well appointed, with options including family rooms and the crowning glory being the honeymoon suite, well away from the rest of the accommodation.

There is an intimate bar and a large patio and fireplace beneath a gorgeous old vine, and several other prime spots for afternoon drinks.

It is cosy, comfortable and gives a sense of home, with attentive staff at your beck and call.

From what we saw, the equally stylish (but quite different) Zulu Rock Lodge offer even more, and more luxurious, accommodation options- some with private pools, or elevated decks to take in the panorama below. 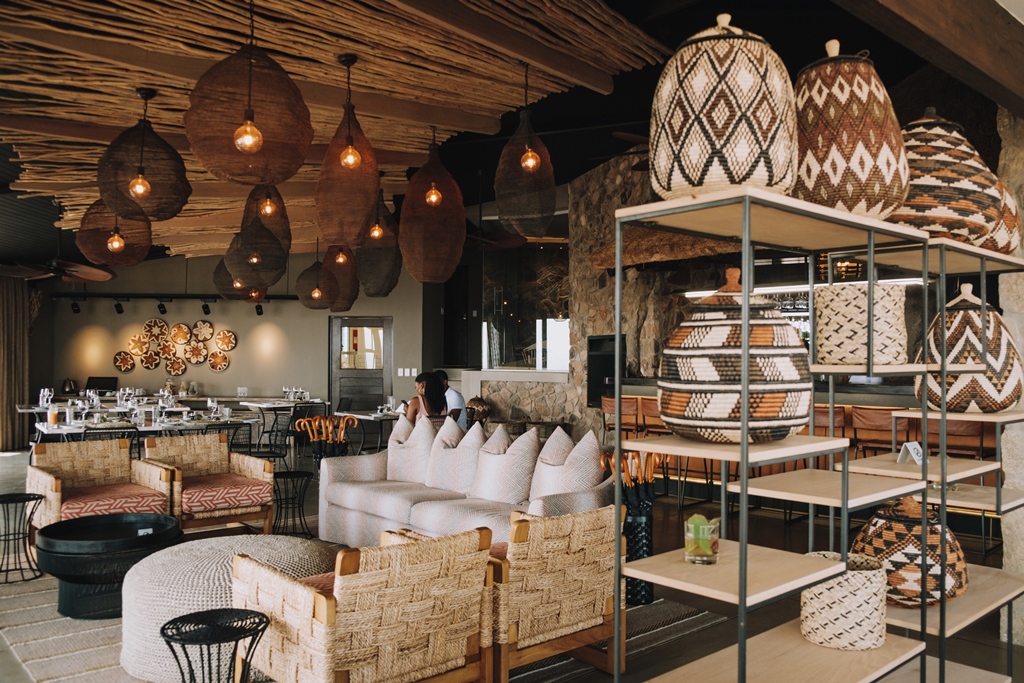 As the big game arrives, the prospect of elephants popping in near the pool area is a tantalising prospect, and there is also talk of a spa to ease away the strain of long hours out in the bush, being at one with nature.

This AHC project is one that has been handed generous support of almost $33 million from Hellmuth Weisser, of Germany, but it has retained a reassuring stamp of Africa.

There is much emotional investment, and the local chiefs are all on board with where the vision is going.

The fancy trinkets, Big Five, the infinity pools and fine linens might be what initially catches the tourist eye, but your heart will be captured by the enduring beauty of the land and the people who work within it.

And, until the lion roars the valley into life, the might of the Umfolozi will provide the background music.