The Himba People Of Namibia

It’s hot outside. The dashboard of the Land Rover tells me its about 40C. There’s not much shade, so we try not to stray too far from the vehicle until we have met up with our guide, who is going to take us through to a village of traditional Himba people.

Our guide explains that this particular village of Himba people is made up predominantly of AIDS orphans who are being cared for by the remaining mothers who have not succumbed to the virus. Normally they would be in the north of Namibia, but here in Damaraland they have been given land to farm with and they are allowed to live their traditional lives, wearing their traditional decorative headgear and bright ochre to protect against the desert sun.

It’s not a tourist attraction here, there are no gate entry fees or signs posted, but some travel companies have partnered with the villagers and they provide support in the form of school materials and financial assistance where its needed. In exchange small groups of tourists are brought through the village and introduced to the Himba way of life. It’s a good relationship.

Inside the village it’s hard for me to take photos of these people like they were some kind of exhibit and I initially don’t want to intrude on their homestead. But they seem happy. The children are running around playing soccer and other games, while the mothers cook food and tend to the babies. They are undeniably photogenic people. I decide to take some photos as unobtrusively as I can. 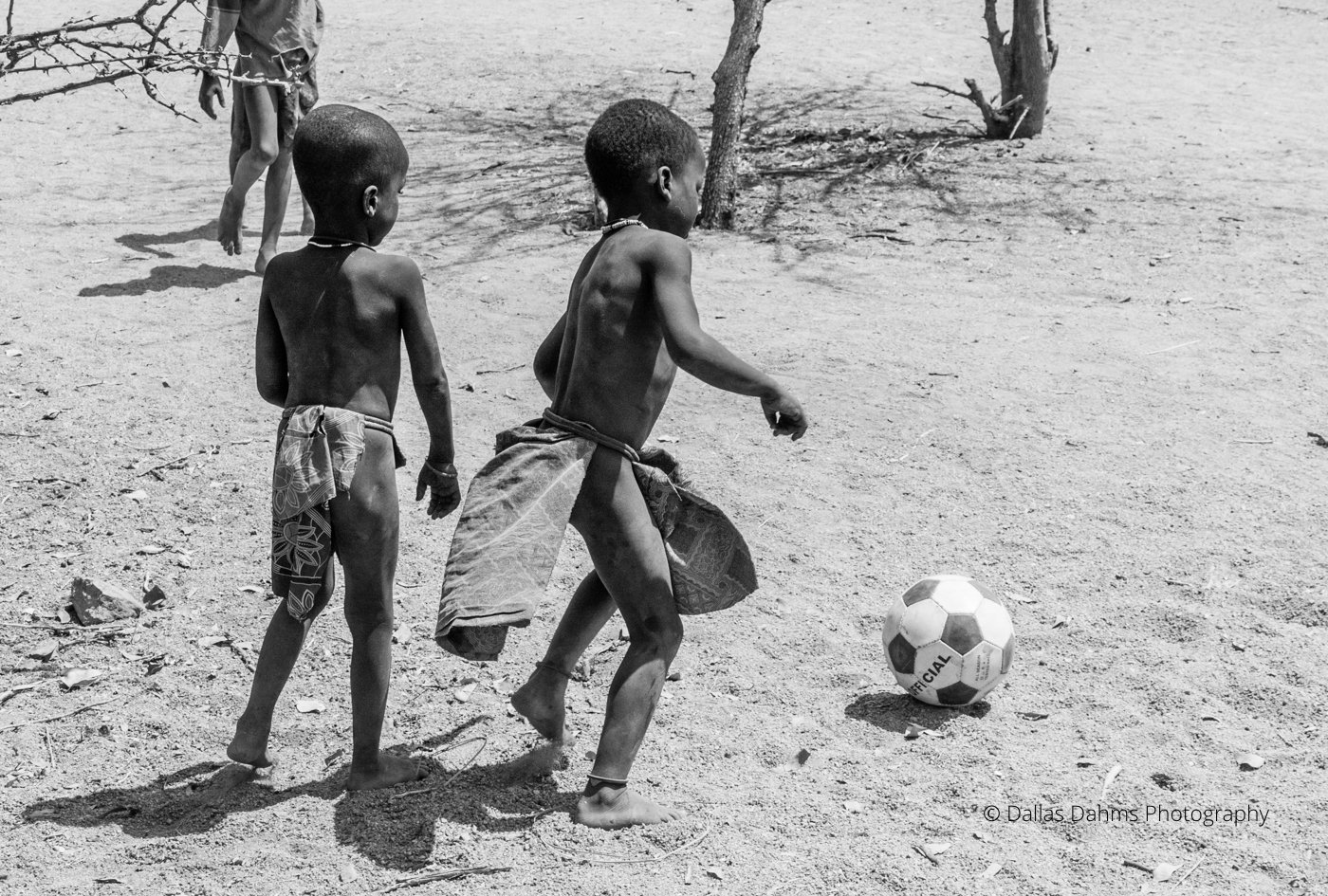 Everybody loves a game of soccer. 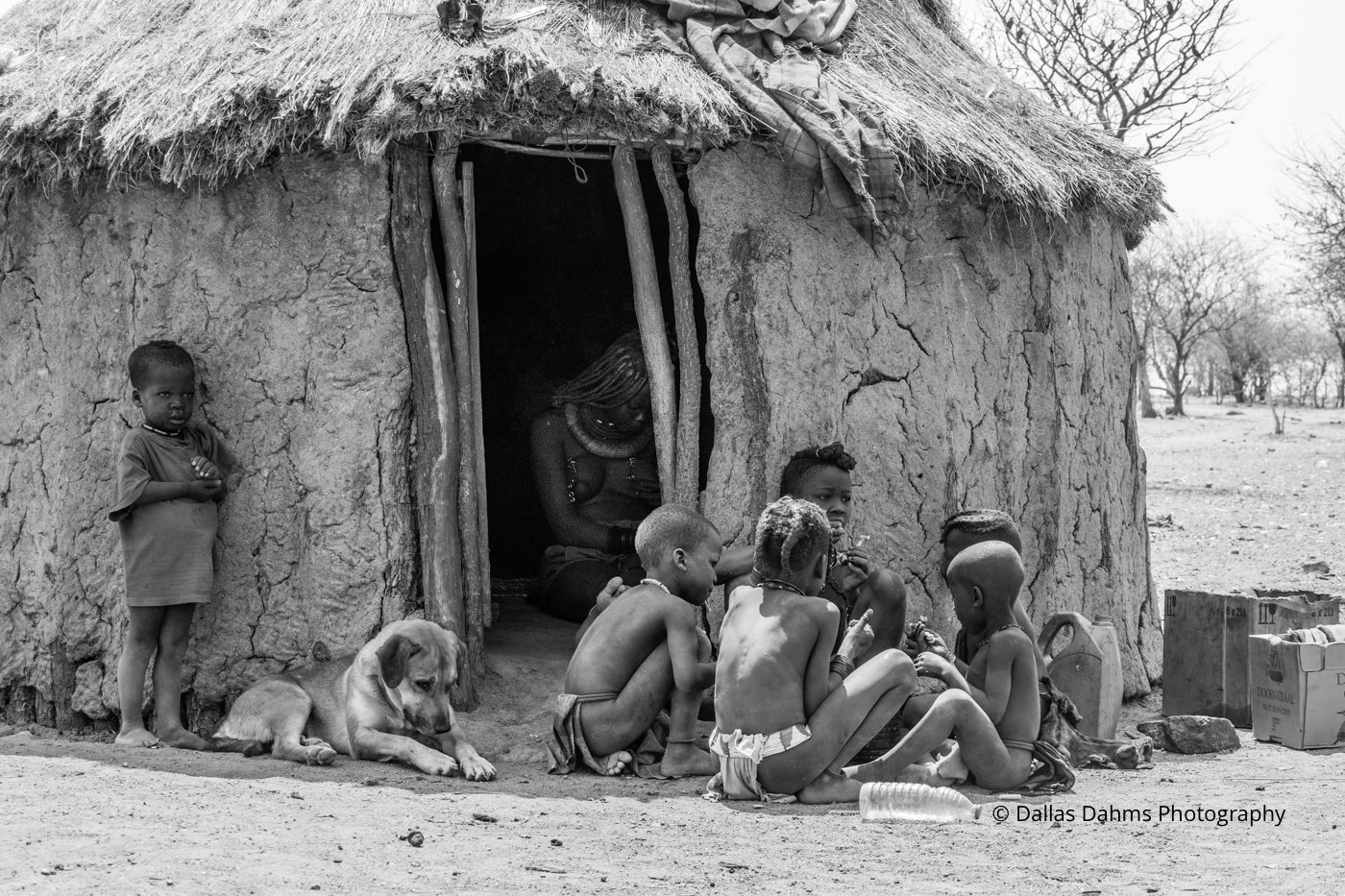 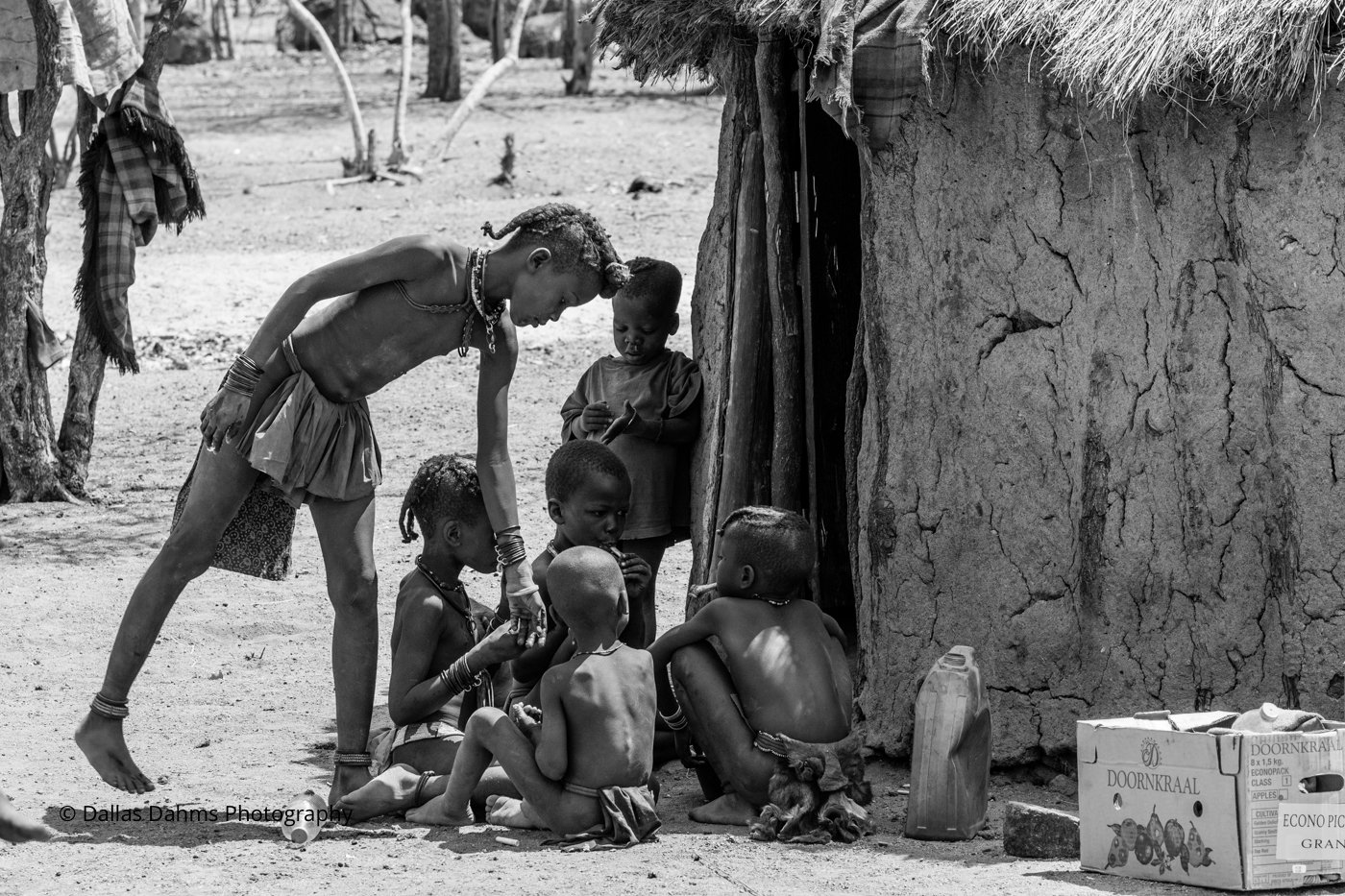 Children occupy their time playing traditional games. There are no televisions or game stations here. 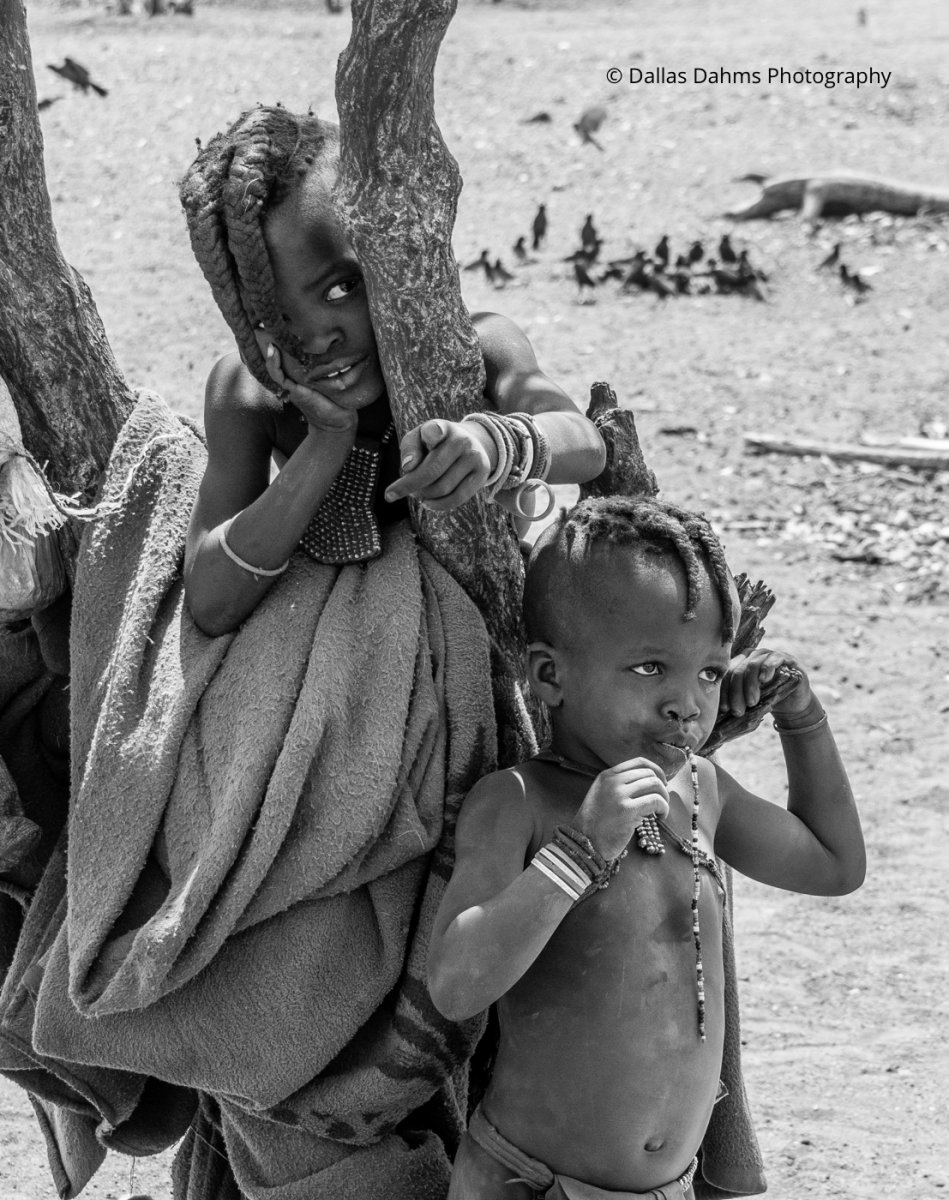 Young girls style their hair in a particular manner. As they get older the styles change to indicate their maturity. 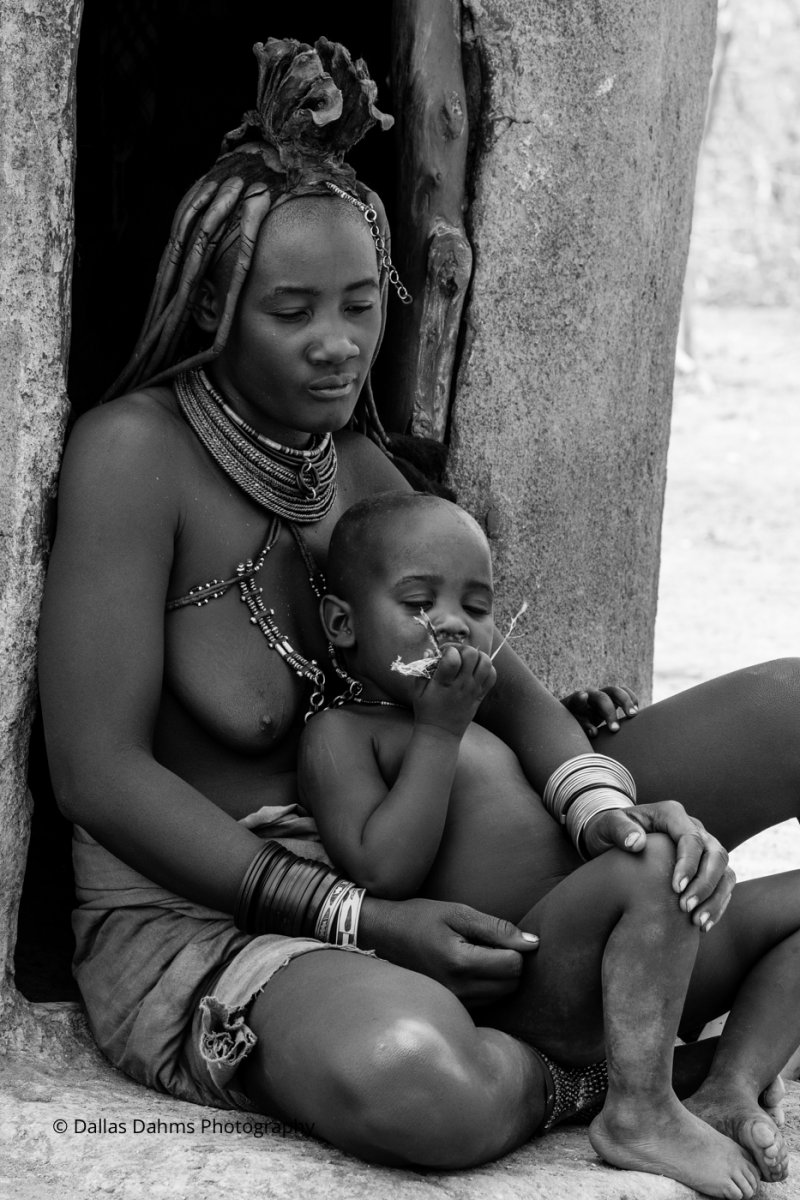 Surrogate mothers look after the orphans as well as their own children. 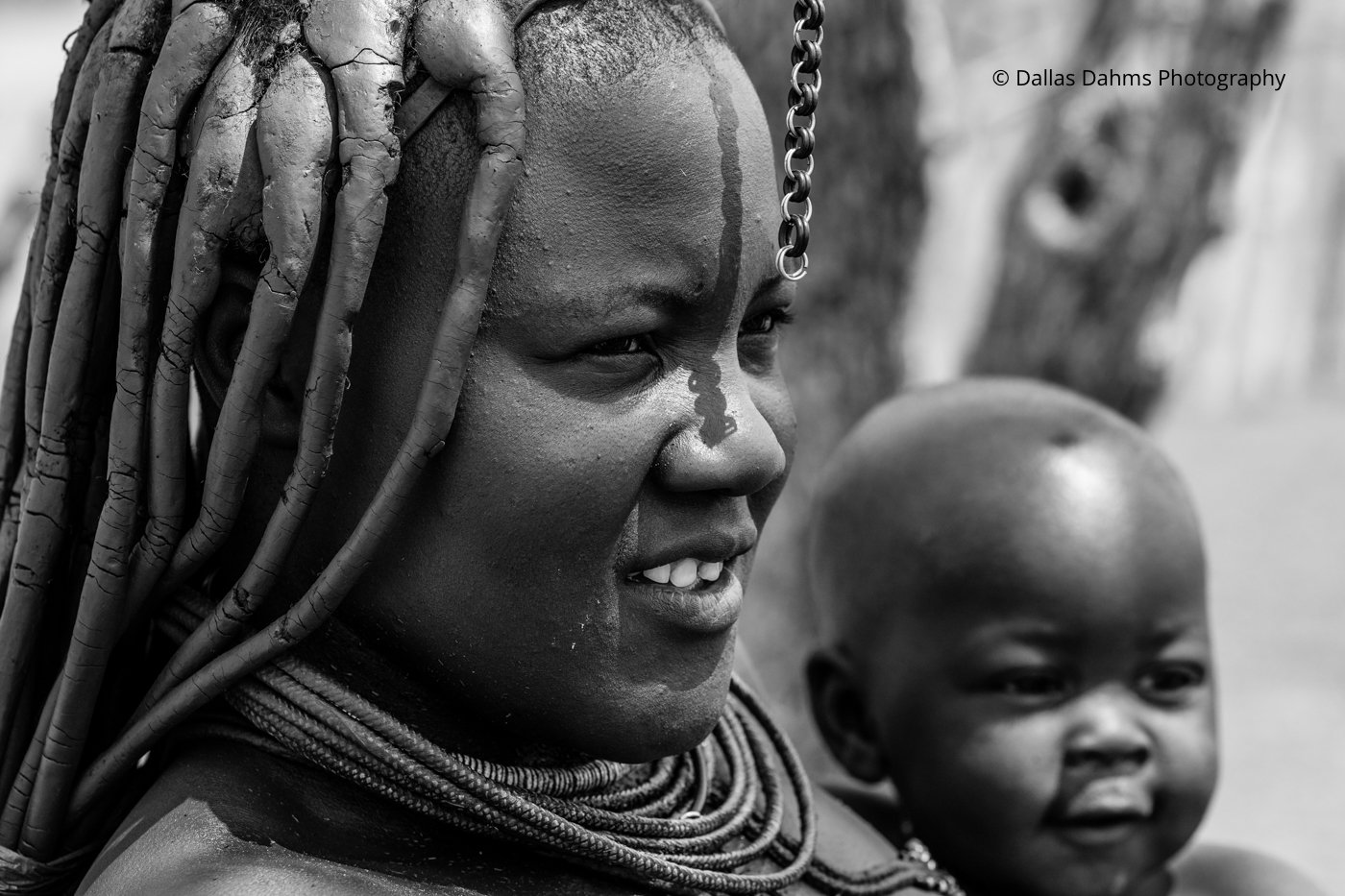 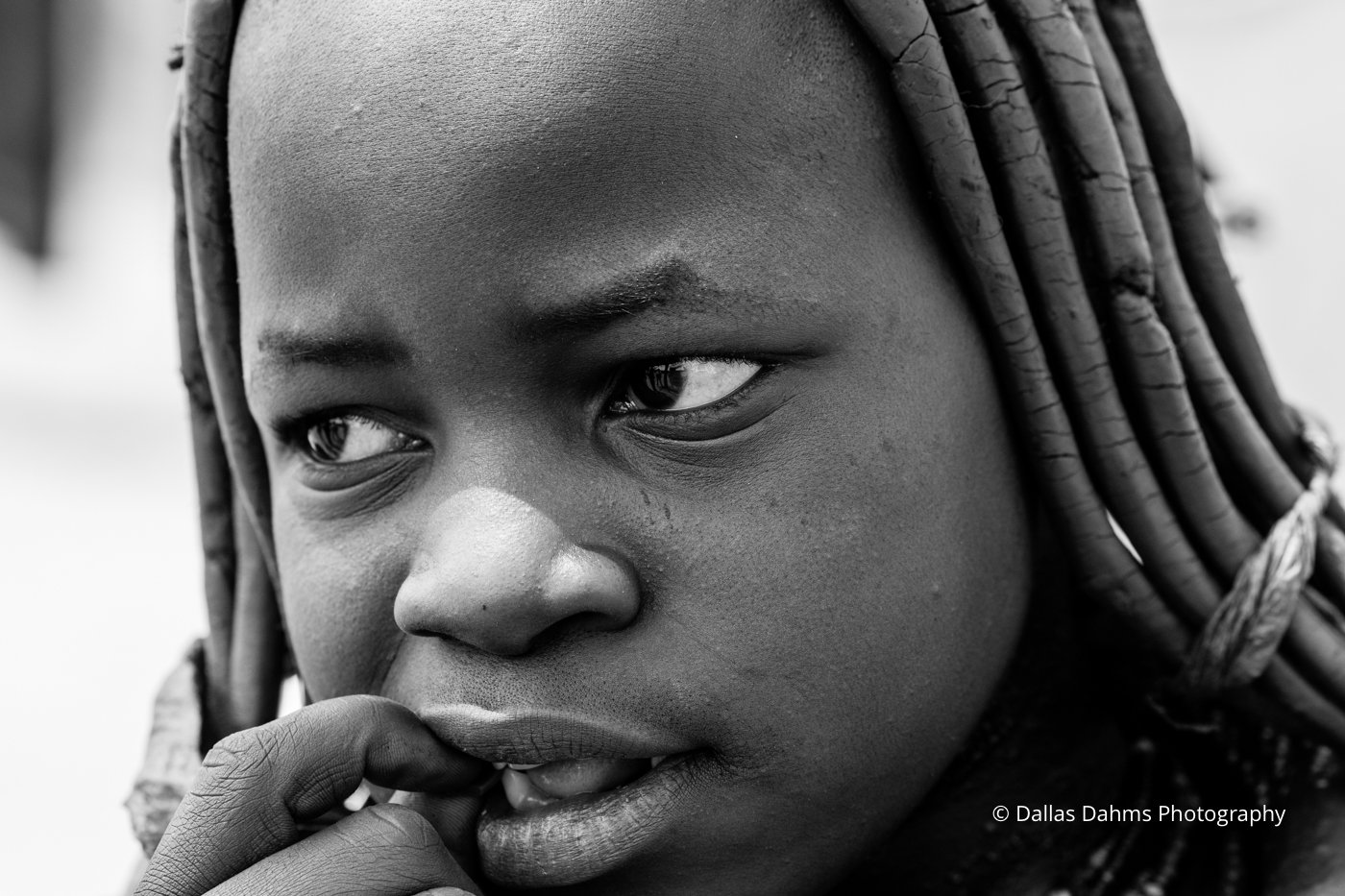 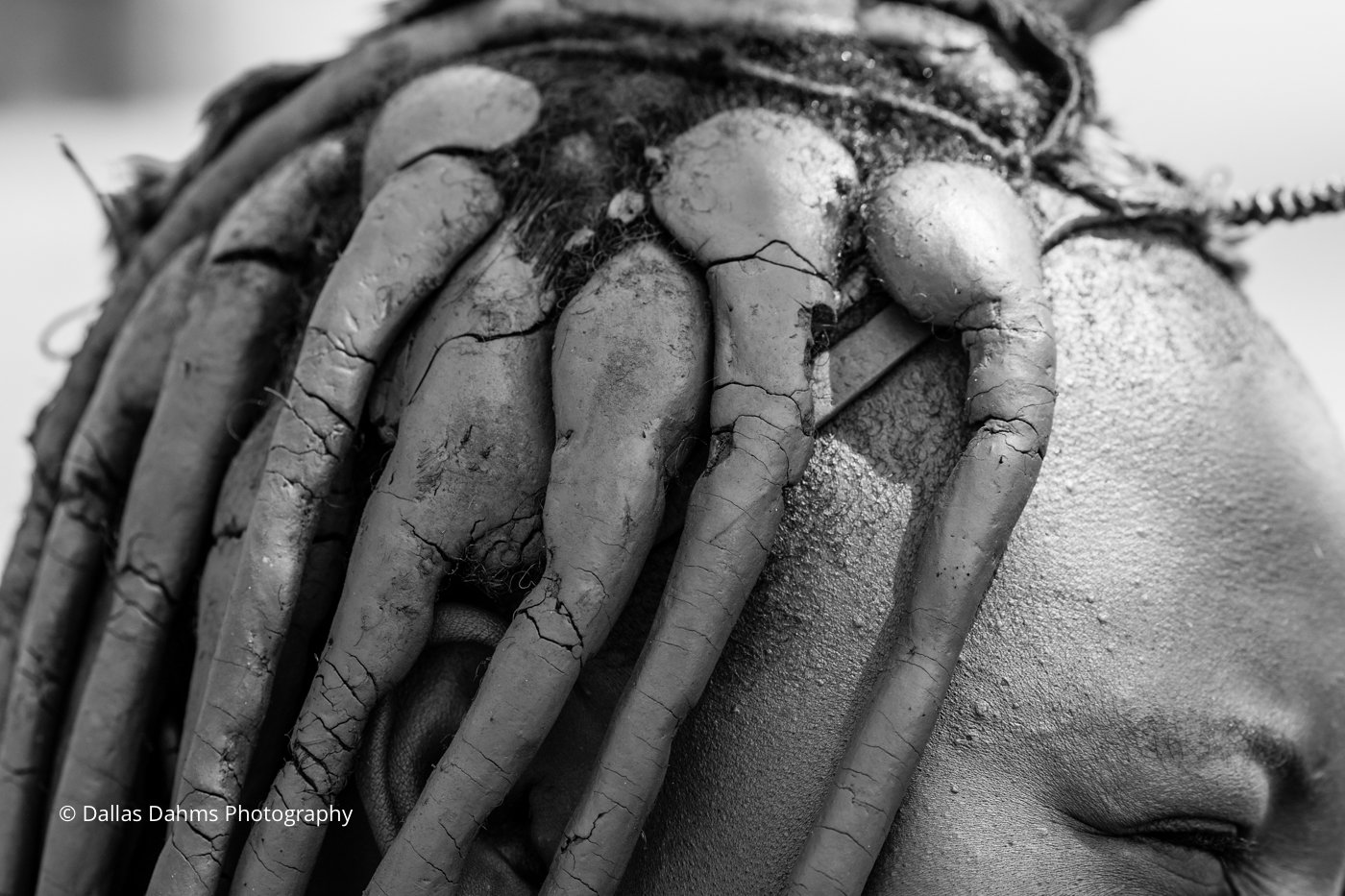 Hair is braided using bright ochre and other materials to make the Himba a uniquely beautiful tribe. 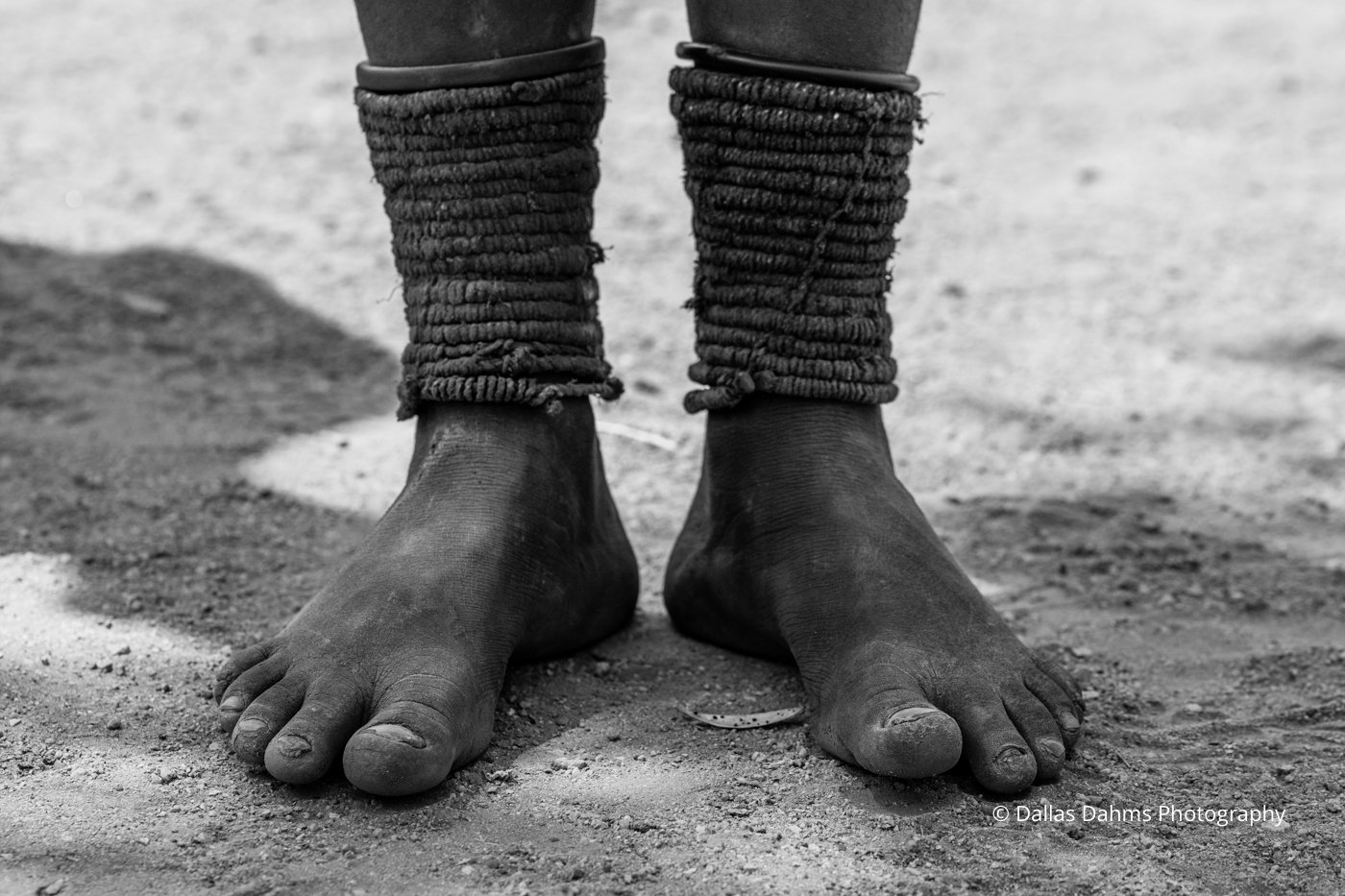 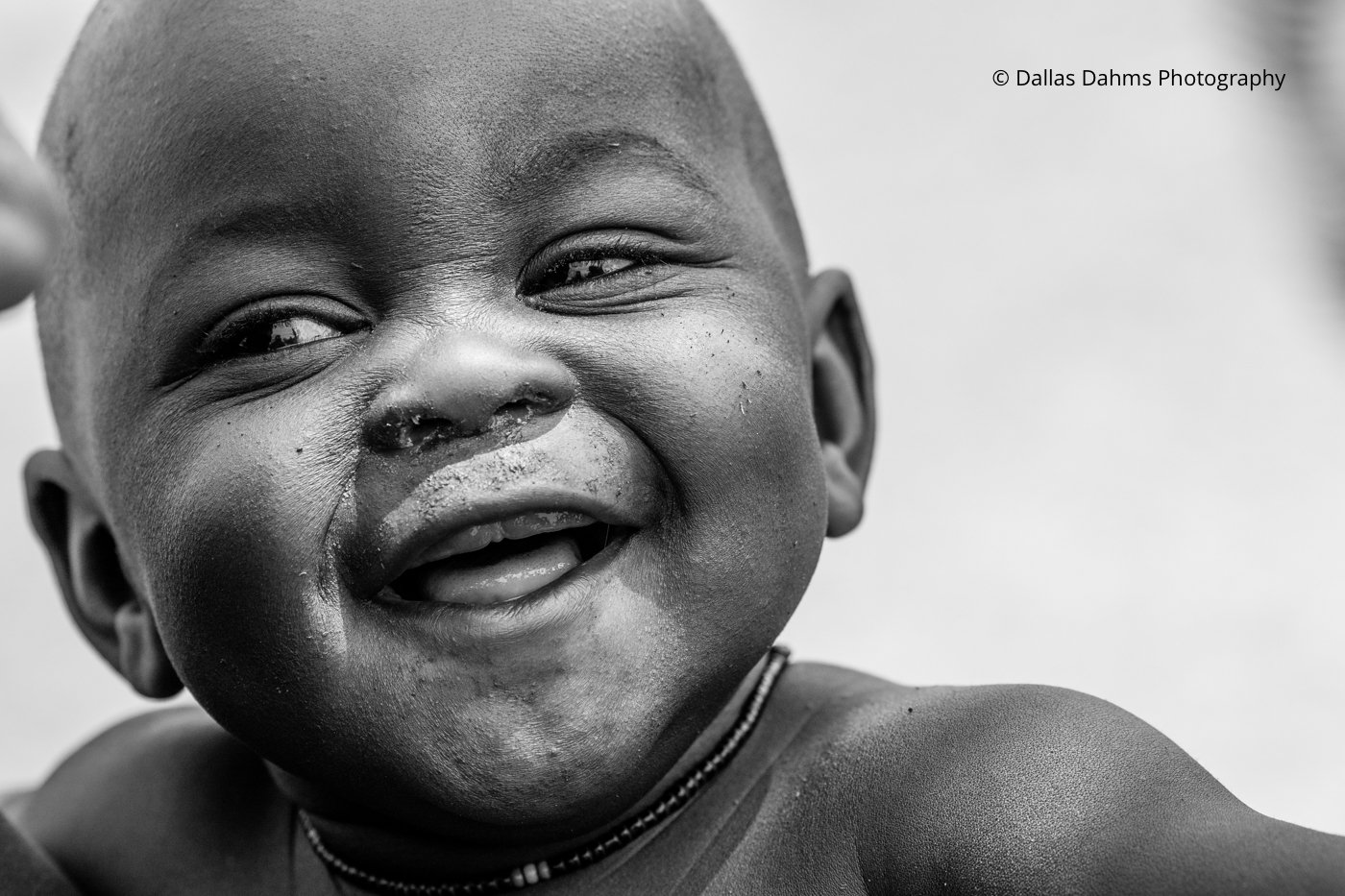 Happiness is rewarded with smiles. 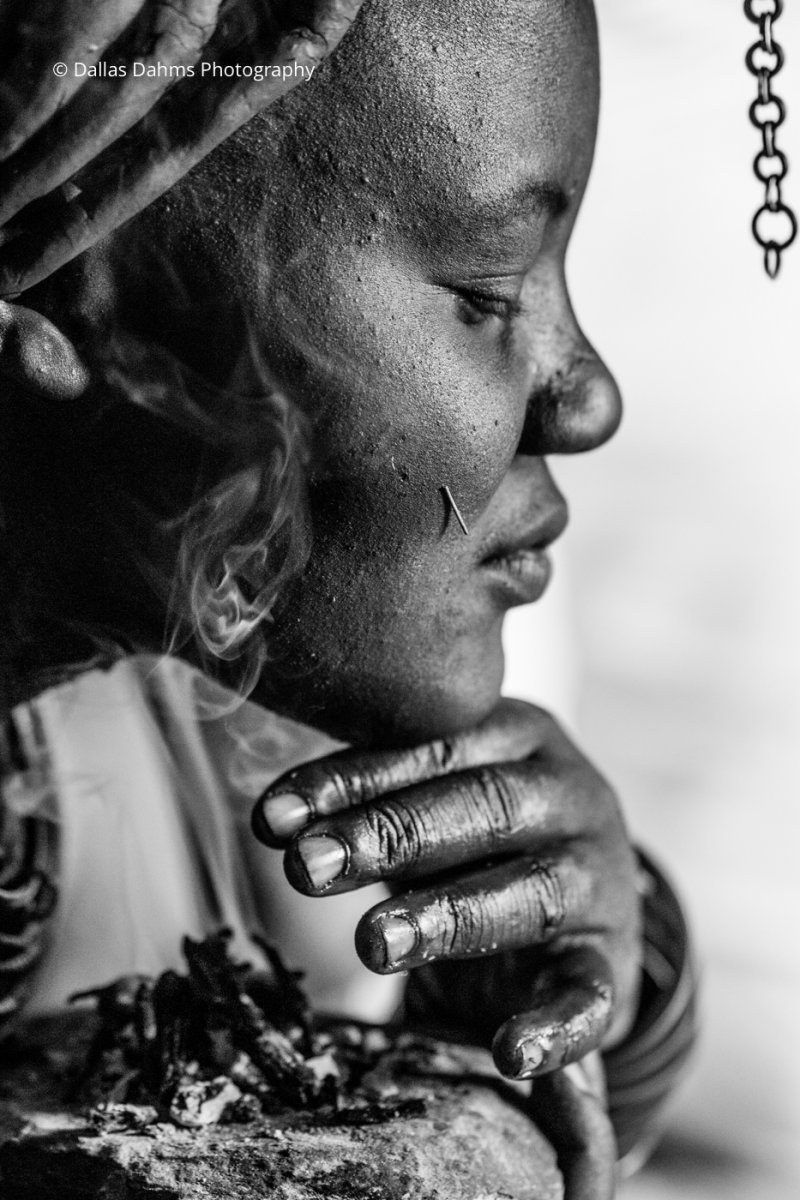 The Himba women spend a lot of time making themselves beautiful. 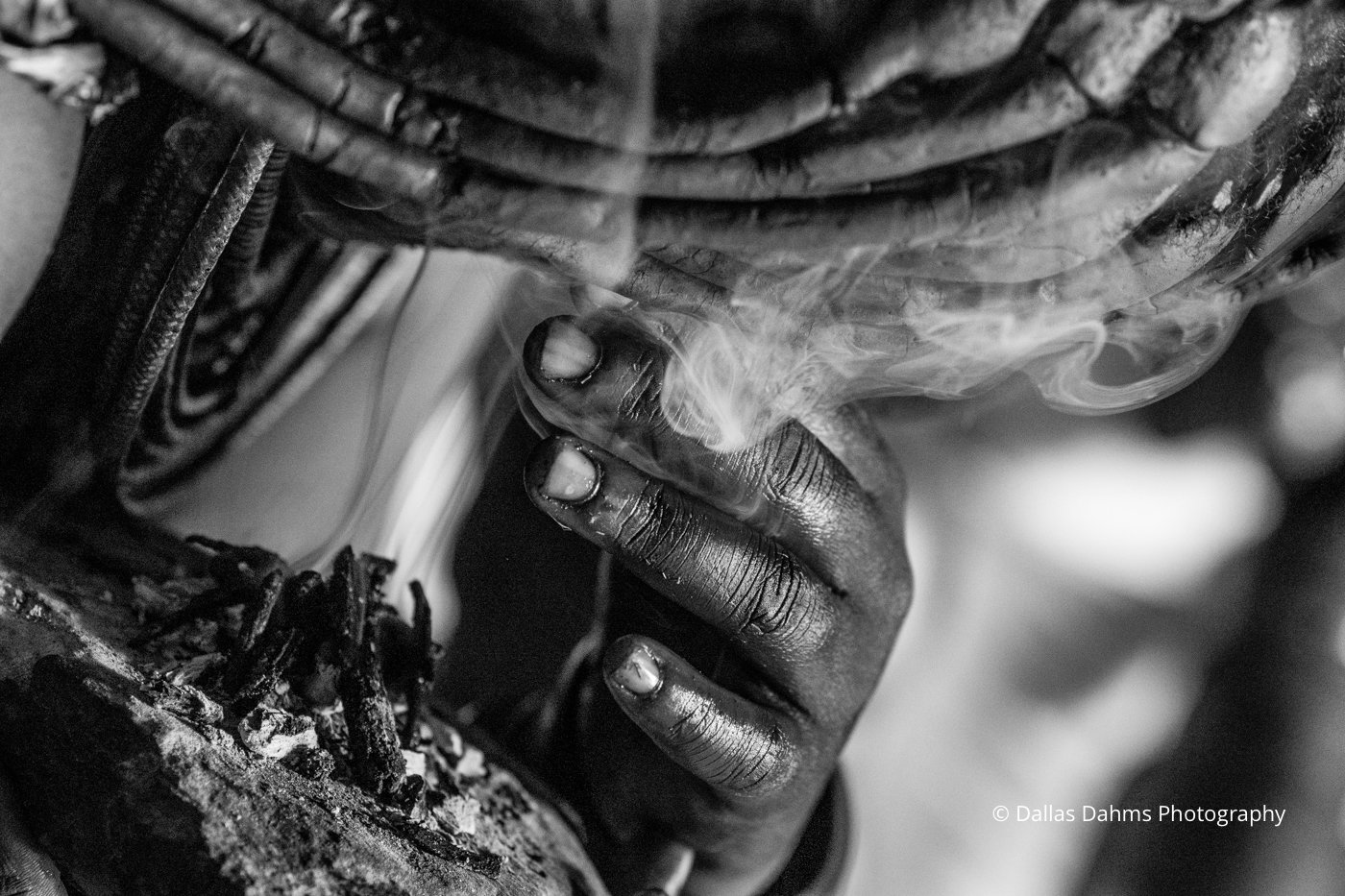 Here a Himba woman shows us how they bathe using only smoke from a small amount of lit tinder to cleanse their skin. Only men are allowed to use water to bath themselves with.

It’s a long way to go and the climate is certainly not friendly to those from cooler locations, but photographically it was a worthwhile excursion.

About the Author: Dallas Dahms

Dallas Dahms is the webmaster for Travelogue.tv. He is also a professional photographer (see www.dallasdahms.com) and an arranger of photography related adventures for shutterbugs with a travel habit (see www.fotozones.com).