Nosy Be- a Natural Showpiece

If You’re Heading To Nosy Be (and you should)

There are so many reasons to visit. Lemurs of course-and many other endemic or unusual species of flora and fauna too. 90% of the species in Madagascar are found nowhere else on earth.

I’ve never been to the mainland (though many I know have spent time there). I have, however, visited Nosy Be (Big Island) and several of the satellite islands- there are fifteen in total- that comprise the collective also known as Nosy Be, off the north western coast of Madagascar proper.

While the mainland is, in many respects, an ecological nightmare, Nosy Be and the surrounding islands is mostly reserve, on land and sea, making it Madagascar’s natural showpiece. And what a showpiece it is!

Let’s get this out of the way- and I’ll try not to rant. There’s some crazy shit going on around the globe and, whatever bad things you read about Madagascar (don’t get me started on sensationalist journalism), the Nosy Be area is not the same as the mainland and I feel way safer there than I ever did in, for example, Istanbul, between bomb attacks.

If you’ve been to Africa, you’ll understand. If you are scared off by what you read in the media, you will never know what you’re missing.

Corruption is rife but hardly affects visitors who are, after all, everyone’s bread and butter. You get a sense as you disembark at the Hellville airport. Make sure you have USD30 or Euro25 for your entry visa and don’t expect change. Know that you will be asked for a “gift” by each of the officials- and you will be needlessly shuttled between five or so. Just decline. No need to be intimidated. They are just trying it on.

Similarly at the frequent roadblocks. These affect your driver, not you, and I had a good laugh when I asked my driver what he had given the policeman. A hotel brochure. It’s a daily, de rigueur dance and the locals know all the moves.

The darkest side of corruption and poverty is the sex trade. You’ll see signs regarding that in Hellville and, if you hang around Hellville, a lot more besides. I have no tips for you concerning that.

International media had a field day in 2017 regarding the “Black Death”. To quote World Health Organisation official Charlotte Ndiaye: “It is as if the plague is the end of the world… but it is a disease like any other… We are lucky that treatment is available for this disease and it is free.”

More importantly, there have been no cases in Nosy Be. See this blog: https://lonepalmjewelry.com/blogs/captains-log/captains-log-16-october-2017-1027
It’s been handled very well and, on their website, “WHO advises against any restriction on travel or trade on Madagascar…”, something reiterated by the Secretary-General of the World Tourism Organization (UNWTO), Taleb Rifai, in November 2017.
“WHO expects more cases of plague to be reported from Madagascar until the typical plague season ends in April…”

You are more likely to get Malaria, so take prophylactic treatment to be safe. For the record, I have travelled in and out of malaria areas more times than I can remember. I stopped taking prophylactics years ago. I have not contracted malaria. Mozzie spray is recommended.

Nosy Be is way different to the Indian Ocean destinations that I have visited- La Reunion, Mauritius, Seychelles (though I have not seen all of the Seychelles islands, which are scattered across an immense area), Zanzibar and others spots on and off the Mozambique coast.

Mauritius is lovely but very commercialised (not my thing) and similar in many ways to my part of South Africa. Mahe and Praslin are extremely beautiful and I love it there, but I constantly remind myself that much of the flora is imported, as is most of the food. La Reunion is somewhere I would happily live but that’s another story. Besides, poking a tad over 3000m from the sea gives La Reunion a very different climate (climates actually) and, being a French province, it’s quite first world by comparison. Zanzibar is beautiful but my experience was largely of walled, cheek by jowl, resorts- a tourist trap with incredibly persistent hawkers. Mozambique is, well, complicated (the roadblocks are way worse) and not as beautiful.

Nosy Be is more densely forested, jungly, wilder, more exotic than any of the above. Only a few of the fifteen islands are inhabited. Poverty is evident but not abject. Delicious and varied produce and, of course, seafood, is abundant so nobody’s starving. “Nosy Manitra” (the perfumed island) is one nickname for Nosy Be and ylang ylang, coffee, cacao, vanilla and sugar cane plantations distil a deliciously balmy fragrance in the warm air. People are laidback. Shouting and gesticulating is not their way- even taboo (fady).  There are many fadys and they vary from community to community, so be sure to ask (quietly). This, and a few Malagasy words or phrases, will go a long way to making your visit all the more enjoyable.

I do have tips on tipping and money. Draw Ariary, the local currency, at an ATM in Hellville as money changers will maximise their profits at your expense. You will get better prices from traders if you use Ariary, but USD and Euros are widely accepted.

Diving is probably the top drawcard here and there is plenty of fishing, swimming, snorkelling and sailing if you prefer to stay close to the surface. Every lodge or resort will arrange those and other activities. Alternatively MadaGascaT have live aboard charters- which rolls all that into a package that I am itching to do.

Wherever you explore, be it by boat, foot, quad bike or mountain bike, be courteous. The Malagasy people are generally reserved but open up if you engage with them, I found. They are genuinely friendly, not just because you are a paying customer. I like that and was touched by several as I toured. 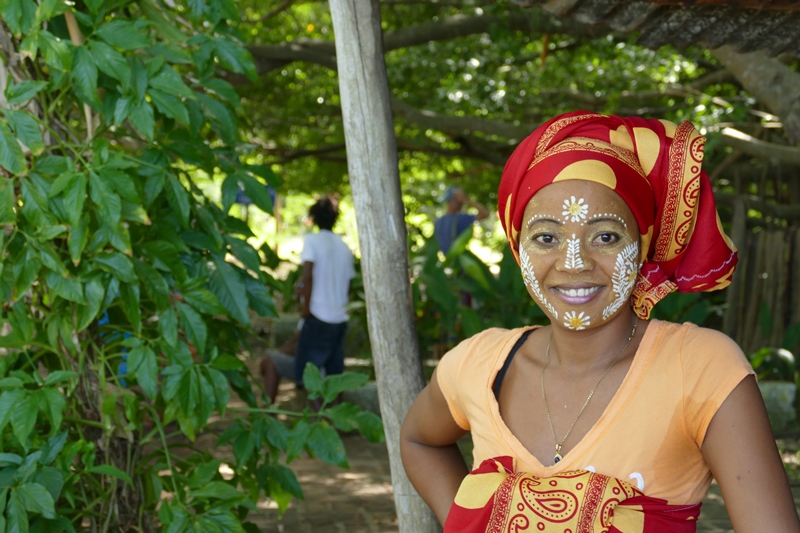 Claudio Harrys, my Be Welcome guide, was one. A gentle soul, Claudio first took me, paddling a pirogue (dugout), alongside a steeply rising, forested stretch of Nosy Be from Ambatozavavy to Ampasipohy Community Reserve (Lokobe National Park). Here Anwar Alle guided us through the muddy paths in the dappled light of the humid forest.

On hundreds of African game viewing excursions I’ve always been amazed at guides’ spotting abilities, but Anwar takes the cake! The Giant Leaf Tailed gecko may be huge but is incredibly well camouflaged, the large spiders and boa constrictors not so much (happily, no venomous types in Nosy Be). But the mostly nocturnal lemurs, some the size of mice and endemic to Nosy Be- like many of the trees and flowers- can be hard to spot, hidden in the dense foliage. Panther Chameleons, with males reaching 44cm, are a doddle but Madagascar also has the world’s smallest chameleons- the size of a pinkie fingertip- which take some finding. 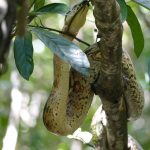 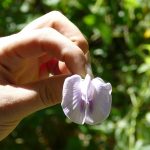 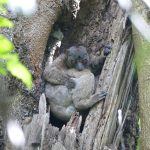 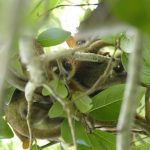 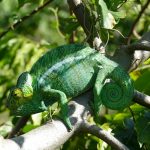 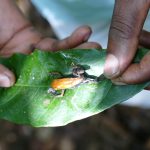 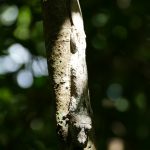 Frogs, bats, trees and flowers- including some vaginal beauties- and much more. Then it was back to the little village’s lunch spot above the bay for a delightful lunch in yet another beautiful setting, accompanied by colourful song and dance from the women.

Back we went- this time getting a tow from a passing motorboat, so all we really had to do was bail water. If you are visiting Nosy Be, this is a must-do (not the bailing bit).

I was reunited with Claudio on a full day’s visit to Tanikely Marine Reserve- on and around a small, uninhabited island a little way off from Nosy Be.

The snorkelling at Tanikely is superb, swimming with green and hawksbill turtles in the tap water clear, warm water a real treat. Much of the coral was bleached a couple of years ago but the sealife is abundant- rays, eels, fish of every colour, ranging from shimmering shoals of tiny types to giant pufferfish and large groupers. Huge sea urchins and giant clams, nudibranchs, octopi and unusual sea cucumbers are just some of the sights around the reef which is only about 30m from the shore.

Lunch- made offshore on the boat (no fires allowed)- was what you find everywhere, and delicious: rice, veggies, seafood, Zebu (the local cattle)- seated on a log rectangle at a table of piled up and flattened sand bedecked with a colourful cloth, under the shade of trees fringing the forest. Entering the forest, one goes up, with many stops for pics of lemurs, crabs, bats and more, to an interprative centre and the now-defunct lighthouse which affords great views and a way to get your bearings among the islands.

If the tide is right, you can walk around the island in about 45 minutes. If you like solitude I recommend getting there early, before boatloads of other visitors arrive- though there’s always space.

Claudio also showed me Hellville, the colourful, somewhat chaotic and Cubanesque capital (named after a person, so never fear). The bustling produce market is worth a visit for a looksee, vanilla, fragrances and spices. Finely crafted jewellery from shops in the main road is worth considering and I came home with lots of fine Madagascan chocolate.

Heading out of town, we lingered at the site of a humungous, sacred banyan tree (Malagasy beliefs are largely a blend of Catholicism and Animism). Our guide, and the posing lemurs, were enchanting, the banyan truly impressive, the little museum rather interesting and the rhum arrangé and coffee, looking out to sea, most welcome.

Mostly Muslim Marodoka was another stop. The 9th century village of Swahili origin, which attracted Indians and Arabs, was the first in Nosy Be. Madagascar’s first mosque is here and the Indian cemetery, dating from the 17th century, was one of many sights that made me wish I was a film director.

There’s lots I haven’t done, lots yet to do (I unfortunately had to cancel my last trip- but soon!). Beautiful Nosy Iranja, a favoured hawksbill turtle hatchery, for example.

But it’s not so much about the doing as the being and soaking it all up. Pick a perfect spot (and another, and another) and be as rooted as the banyan, or gad about. Either way, unplug, observe and immerse yourself in the experience- “Mora Mora”(relax, it will happen – it just takes time) as the Malagasy say.

Getting There, Getting About

MadagasCaT arranged my seamless itinerary. MadagasCaT are members of Nosy Be Tourism Board and are the private partner behind Airlink’s direct flight to Nosy Be. MadagasCaT are the main contributors for the Nosy Be chapter in the Bradt Guide to Madagascar.

Nosy Be Airport, also known as Fascene Airport, has non-stop passenger flights scheduled to 11 destinations in 7 countries. The longest flight from Nosy Be is a 4761 mile non-stop route to Milan (Malpensa) MXP. This direct flight takes around 9 hours and 40 minutes and is operated by Neos.

Airlink connects you to your unique Indian Ocean island getaway, Nosy Be, on Sundays and also has seasonal flights from Johannesburg to Nosy Be return on Wednesdays from 28 March to 2 May, 27 June to 10 October 2018 and 19 December to 2 January 2019. Airlink, now connecting you to 37 destinations in nine African countries and St Helena Island. Book your flight direct on www.flyairlink.com or call SAA Central Reservations on 011 978 1111. Spread your wings- fly Airlink. 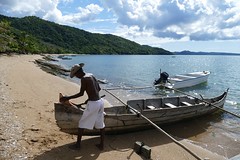 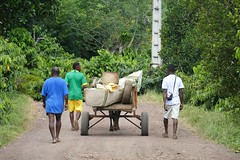 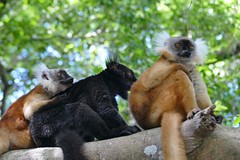 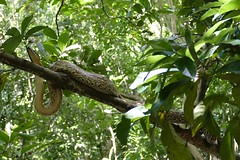 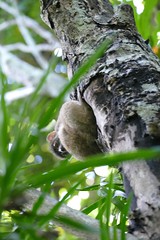 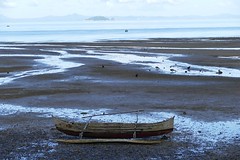 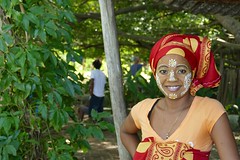 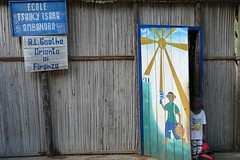 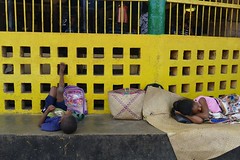 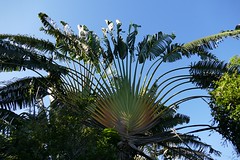 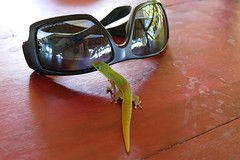